> The Impeachment of Abraham Lincoln

The Impeachment of Abraham Lincoln 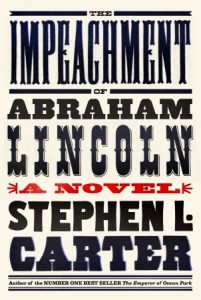