> The Heart Is a Lonely Hunter

The Heart Is a Lonely Hunter 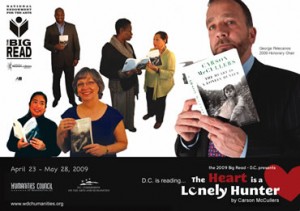