> The Count of Monte Cristo

The Count of Monte Cristo

All generalizations are dangerous, even this one
Alexandre Dumas (pere) 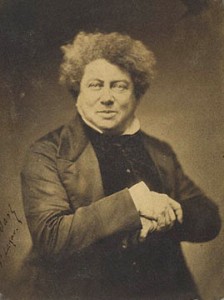 Having achieved national and international celebrity as the author of The Three Musketeers (serial) and The Count of Monte Cristo (novel), Alexandre Dumas was invited to serve his country by visiting Algeria to write a travelogue for publication in France. The invitation came from M. de Salvandy, le minister de l’instruction publique in 1846. The real purpose of the cultural exercise was to encourage French immigration to seek opportunity in the recently acquired Algiers during a time of high unemployment and economic instability in France. Most likely the effort was to prevent yet another citizen uprising against the powers-that-be on the homefront.

Dumas took the commission….and a few artists friends, and his son (Alexandre Dumas fils) on the journey. But this was not to be the swashbuckling adventure story of his novels. Perhaps Dumas’ “otherness” inspired him to go deeper into the contrasts between French and Arab cultures. He was a man who was both praised and ridiculed for his accomplishments. He was also a man who didn’t let the insults of the “one-drop rule” curb his enthusiasm. [Dumas’ father, was biracial, the son of an enslaved black woman Marie Cessette Dumas in Haiti and an unscrupulous French aristocrat, Antoine Alexandre Davy, Marquis de la Pailleterie.]

In this description of the infamous French bureaucracy at work in Algiers, one can assume Alexandre Dumas wrote it with some kind of “duel consciousness” as Frantz Fanon coined it. Or better yet “double consciousness” in the words of W.E.B. DuBois – a “sense of always looking at one’s self through the eyes of others.” “Justice” was also a central theme and cause in Dumas’ books and plays. I’ll just say “Alexandre Dumas gets it.” Read the segment from his Algeria travelogue copied below in its entirety. It’s written/translated in the Dumas repartee style so there is some entertainment value.

How do we negotiate justice from our cultural and historical identities?


The French interpretation of justice is at the root of many bitter misunderstandings between the Arabs and ourselves. Here is an example of what can happen. There may be two adjacent plots of land, one belonging to an Arab, the other sold to a Frenchman. The Arab is not worried, for the boundary between them is clearly established, a matter of common knowledge, but soon the European begins to build a house, not on his own plot but on his neighbor’s land. The Arab would be only too glad to take the matter into his own hands, but the law forbids him, so he goes to find the chef-du-bureau of his village or neighborhood and presents his case. This official goes to see the truth of the matter with his own eyes, then opens proceedings with a polite letter to the Frenchman, pointing out that he has made a mistake. The intruder receives the letter, but has no need to be polite and does not reply.

The Arab, seeing that all this has had no effect and that his neighbor is still laying more bricks, goes back to the chef-du-bureau, who tells him there is nothing more he can do. The Arab must apply to the juge de paix. In due course, the juge summons the plaintiff and the defendant to appear before him, but the Frenchman does not attend, so after hearing the facts the juge sends him an order to quit, and the Arab goes home to tell the assembled villagers that the French authorities have dealt justly with him. Never dreaming that anyone would dare to disobey an order made by a judge, he waits for his neighbor to go away, but the Frenchman stays, and the house rises higher and higher. The Arab waits a little longer, believing in his simplicity that some severe penalty must shortly fall on the trespasser, but at last he goes back to the chef-du-bureau, who explains that he must now take his case to the magistrate’s court, and tells him that, above all, he must have a good solicitor. 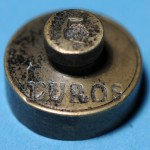 The Arab, who is learning several new words, finds out what a solicitor is, goes to see one, and tells him his story. The man of law comments that it is an excellent case and sure to succeed, but first the Arab must pay him 25 francs. The Arab replies that he will call again, and goes back to ask the chef-du-bureau why he must pay 25 francs to a man he does not know, in order to stop another stranger stealing his field. “It is the custom,” replies the chef, so the Arab goes sadly to dig up the stone under which he has buried his little store of money, takes out 5 duros, and counts them out to the solicitor one by one, with a heavy sigh for each. When the case against the European comes to court, let us suppose the interpreter is a good one, the chief magistrate is able to grasp the situation, and a verdict is given for the plaintiff. 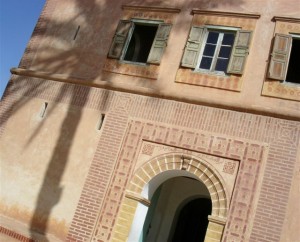 Again he goes home and waits, watching the roof being put on the new house, and sixteen days later a paper is put in his hand, which he takes to the chef-du-bureau. It is written from left to right, not from right to left in the Arab manner, and the letters are small, not large, but at last it is deciphered and found to be a notice that the Frenchman has appealed against the verdict. Now the case must be heard in Algiers, at great expense; later, perhaps, in Paris, where costs will be still higher. But our poor Arab has spent all his money; he has not been able to plant a crop on his field and has lost his harvest, so he calls his friends together, declares bitterly that all the Christians, and in particular the French government, have conspired to swindle him out of everything he had. He flees to the desert, and soon the Frenchman can claim that he has been in possession of the house for three years and is therefore the legal owner of the property, including the land. 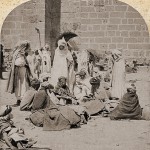 In the old days, the Arab would have made his complaint before the Cadi on a market day, the Cadi would have consulted the old men of the village, they would have confirmed where the true boundary lay, the field would have been restored to its rightful owner, and the swindler would have received fifty blows on the soles of his feet.