The President’s Weekly focuses on Medicare and closing up the doughnut hole on the purchase of prescription drugs by seniors.

Beginning next year, preventive care – including annual physicals, wellness exams, and tests like mammograms – will be free for seniors as well. That will make it easier for folks to stay healthy. But it will also mean that doctors can catch things earlier, so treatment may be less invasive and less expensive.

I know seniors age 80 + who are kind of blah-zey about tests and operations unless they’re in serious pain, let’s not forget the baby boomers. Baby boomers are fast becoming a big chunk of this demographic and will be looking to Medicare benefit as part of their health insurance plan. I guess this message is for the next in line. 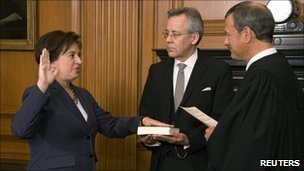 Elena Kagan took the oath today to become the fourth woman to serve on the U.S. Supreme Court. As of October 1, three women will be serving as justices.

Or in Huff Post’s words… 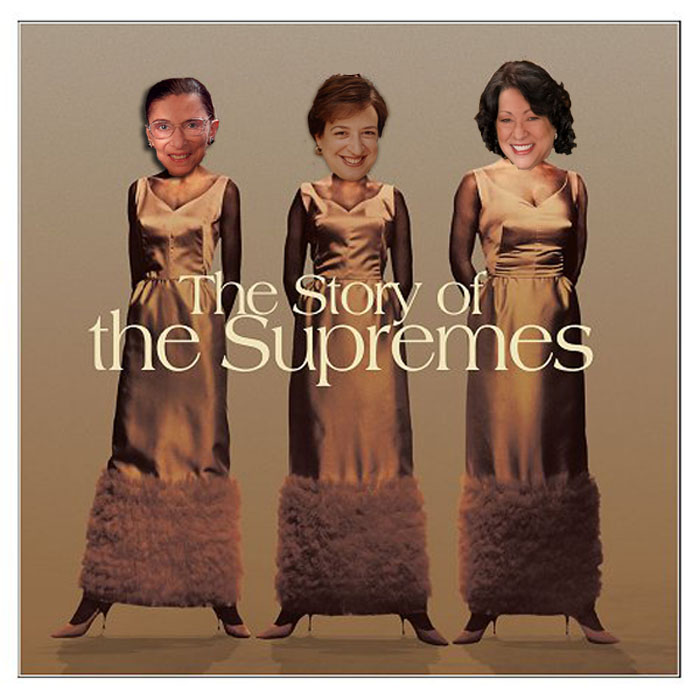 I’m behind on my President’s Weekly due to so many other things on my plate and of course the news and other distractions of the past week. I’m so focused on work (thankfully) and the “what next” of health care reform that I didn’t have time to fully address the meaning and impact of the recent Supreme Court ruling on campaign contributions from corporations or unions. Unlike the President, I don’t have a staff to take care of my daily requirements.

What I have heard loud and clear is the moaning, agonizing and hand wringing posturing of Democrats, liberals and progressive politicos — not all, but the ones closet to the microphone. Mike Lux of Progressive Strategies is one of the true blue exceptions. Read his blog post here. Like Mike I fired off a series of “get off your butts” letters to several party leaders. Am I angry? You betcha.

But here’s my bumper sticker observation: “American Democracy is the art of the loophole.” While there are many who are angry and crushed by the week’s events with the Supreme Court ruling being the final blow, others are already in strategy mode on how to reap benefits from the current situation. They understand “the art of the loophole.” For example, unions are benefiting from the Supreme Court decision. Is anyone painting them as a potential hostile influence on the democratic process, or are 2010 candidates going to cultivate those relationships while the lawmakers and advocates work to put the principles of the bipartisan McCain-Feingold campaign finance reform into an amendment? Read Senator Russ Feingold’s (D-WI) statement about the decision here. I couldn’t find anything related to the Supreme Court ruling on Senator John McCain’s (R-AZ) website. Nothing on his 2010 campaign site either.

Television stations may also benefit by selling airtime. Hey, how are those station workers feeling about this decision and job security now?

Who benefits? Who loses? What are the short term gains and long-term disasters? These were questions attorney Charles Hamilton Houston posed to communities seeking to desegregate schools in the U.S. He didn’t live to see the outcome, but he mentored the lawyers to push it through. And even that Supreme Court decision came with a loophole thrown in to calm segregationist fears – “at all deliberate speed.”

The question is how do you use the “loophole” to your advantage? Trust me. Banks and business have figured this one out. Has the electorate?

One thing the founding fathers had in their favor that many lawmakers today lack is long-term vision. The Constitution is structured in a way that accommodates change. They knew the U.S.A. would not be the same country down the road that they created and inhabited in their lifetimes. They understood there had to be a process, or loopholes, to sustain a democracy as it grows and alters. We can have the debate on whether or not the Constitution is a living document. I just find the “free speech” argument interesting whereas art exhibits or demonstrations are shut down, and additional rights are granted to private companies to influence outcomes in policy and elections. And more often than not the company’s right to “free speech” also is to the benefit of the company’s own interests.

I also believe the White House needs to communicate a concise, clear message and own it. This may be the wisdom of failure moment. Fortunately it’s the first year and not the 2nd or 3rd. But there’s catching up to do. Sure, it’s a balancing act between convening the civic dialogue and dictating it. I find even people in-the-know don’t know everything, and yes you have to connect the dots loud and often. For example, healthcare reform and jobs are connected. Polls are moving the framing to one is more important than the other. I believe it was a good move for the Obama White House to bring David Plouffe back onto the field. There is no good defense when you’re not playing offense.