Haven’t done an eclectique interview in some time. But I was so impressed and inspired by Theresa Famularo, co founder and co-director of Cre8ion in Sydney, Australia. Theresa knows the power of culture to build relationships, community, and bring power to place. Call her a “creative place maker.” The “joy of celebrating together” has become her mantra. Crea8ion is a production company specializing in a wide rang of theatrical entertainment and events of scale in Australia and internationally. Yes, I’d like to say I caught this video interview while in the land down under, but I didn’t. It was with my smart phone in the green room for an international forum, “The Power of Culture: The Culture of Power” November 18 at the Phillips Collection here in Washington, DC. The forum was presented in partnership with Georgetown University’s School of Foreign Service. It’s come to this: culture is power; culture is strategy; culture is dimplomacy; culture moves people.

Theresa was executive producer for Vivid Sydney 2013 (Cre8tion has been project manager since 2010), Sydney’s winter festival of lights, which had a record attendance of over 800,000 over 18 days. Forty thousand tickets were sold for the Sydney Opera House event alone. 2013 was the biggest Vivid Sydney event ever.

Here are the two “Greatest Moments” Theresa mentions in the interview. 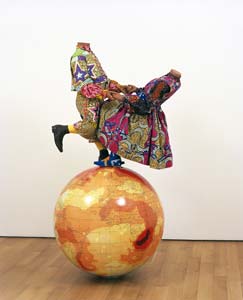