Here’s what’s coming up for Community Cinema DC at the Washington DC Jewish Community Center (the second venue is Busboys and Poets). You’ll want to be there and get involved. Find a Community Cinema screening near you — the season continues through June 2013. And there’s no admission fee – Read FREE – only a reservation is requested.

Whitney Young, Jr., the civil rights champion who negotiated with top leaders of industry and government to create greater opportunities for minorities, is the subject of a new documentary, The Powerbroker: Whitney Young’s Fight for Civil Rights. Narrated by Alfre Woodard, The Powerbroker is executive produced by Young’s niece, Emmy® Award-winning journalist Bonnie Boswell and produced by Ms. Boswell, her son Taylor Hamilton, and Christine Khalafian.

A. PETER BAILEY is an acclaimed journalist, Author, Lecturer, and a founding member of The Organization of Afro-American Unity (OAAU), organized in 1964 by Malcolm X. Bailey was editor of the OAAU newsletter, Blacklash. He was one of the last few persons to speak with Brother Malcolm X on the day of his assassination (February 21, 1965) and served as one of the pallbearers at his funeral. He has contributed to numerous books, articles, and documentaries about the celebrated leader.

Bailey, a former editor of Ebony magazine, is the author of Harlem: Precious Memories, Great Expectations, co-author of Revelations: The Autobiography of Alvin Ailey with Alvin Ailey and co-author of Seventh Child: A Family Memoir of Malcolm X with Rodnell P. Collins (nephew of Malcolm X). He assisted John Henrik Clarke with the editing of Malcolm X: The Man and His Times. While Associate Director of The Black Theatre Alliance (BTA), Bailey edited the BTA Newsletter. He has also contributed articles to numerous publications including Essence, Black Enterprise, Jet Magazine, the New York Times, the Negro Digest, Black World, The Black Collegian, and the New York Daily News. 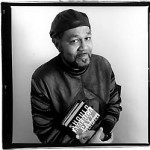 RAYMOND A. WINBUSH, Ph.D. is director of the Institute for Urban Research at Morgan State University. A clinical psychologist and director of The Warrior Institute (TWI), Dr. Winbush is engaged in research concerning adolescent development, education, health and Black men and boys. He is the author of the critically acclaimed books The Warrior Method: A Parents’ Guide to Rearing Healthy Black Boys and Should America Pay?: Slavery and the Raging Debate on Reparations. In 2007, Winbush traveled to Australia to participate in a 5-day National Conference on Racism held at Murdoch University and delivered a lecture series at Australian National University.Winbush conducts workshops based upon The Warrior Method locally, nationally and internationally. The Warrior Method has been incorporated in school systems in Baltimore, MD; Worchester, MA; Dallas, TX; Brixton, United Kingdom; and Halifax, Nova Scotia, Canada.

Inspired by his own family’s complex relationship with “soul food” — fried chicken, ribs, macaroni and cheese, peach cobbler, and the whole panoply of down-home foods made with grease, sugar, and love — acclaimed filmmaker Byron Hurt asks whether this diet is nurturing or destroying the African American community. With humor and heart, Hurt questions the effects of “soul food” on the health of not only African Americans, but all who guiltily consume this most comforting of American comfort foods. 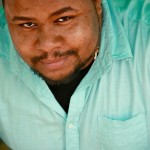 Michael W. Twitty, a writer, culinary historian , and historical interpreter personally charged with preparing, preserving and promoting African American foodways and its parent traditions in Africa and her Diaspora and its legacy in the food culture of the American South. Michael is a Judaic studies teacher from the Washington D.C. Metropolitan area and his interests include food culture, food history, Jewish cultural issues, African American history and cultural politics. His blog, Afroculinaria, highlights and addresses food’s critical role in the development and definition of African American civilization and the politics of consumption and cultural ownership that surround it.

ITVS Community Cinema presents documentaries from the PBS series “Independent Lens” to introduce audiences to people who are active with the issues and stories presented in the film, encourage dialogue, and connect people in a way that inspires them to “get involved.” Community Cinema is a national public engagement initiative presented by the Independent Television Service (ITVS) in partnershp with public television stations, national and local organizations and institutions.