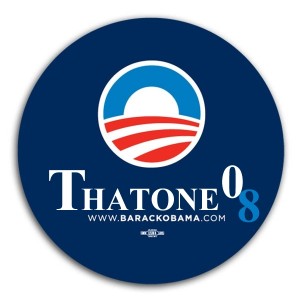 Talk about drama. The stage is set. The lighting is adjusted. The sound checks are done. And now we’re missing one of the cast for tonight’s presidential debate – John McCain. If nothing else, McCain does have a flair for the dramatic. But drama is something we don’t need in a President. Yes. I’m taking a position on this. My gut thinking is McCain by diverting the attention to “will he or won’t he” on the condition of the financial crisis, will trigger a lower expectation of the debate to the point that making “an appearance” now becomes a “grand entrance” in Oxford, MS. It’s 11:34 am and we’re still on debate watch. The clock’s ticking. It doesn’t matter whether or not he does well in the debate; he gets points just for showing up. Was it Woody Allen who said, 80% of success is just showing up? But even Ronald Reagan would’ve been in makeup, costume, on time and in full command of his lines before the curtain rose, i.e. the show must go on.

In the meantime, Barack Obama is the cast member who wants to make sure the audience gets their tickets worth. And that’s pretty much who we are — ticket holders waiting outside the theater while the producers, director, playwright and maybe some lawyers are pulling their hair out because one of the stars decided to break their contract mid season. I’m not trying to reduce a very serious election or moment in time down to a 3-act play, but even Shakespeare said “all the world’s a stage,” and he wrote some of the most serious dramas about power struggles that in many ways have found themselves scripted into for what’s going on now.

McCain’s rush back to Washington to deal with the financial crisis, is looking more and more like a tempestuous star who decided in the middle of the run that he didn’t like his contract deal, hated the publicity and marketing (my name ain’t big enough on the marquee), and dismissed the luke warm reviews by the critics as the ramblings of frustrated star wannabes. Let’s just close down the show. Or is it more like the flood of performers who make a public display of calling it quits and retiring while working with their marketing team on the “come back” tour. In McCain’s case suspend the campaign — which by the way is still running campaign ads and McCain is giving interviews just not to David Letterman. And then there’s his VP mate Sarah Palin who is obviously not ready to be the understudy in this scene. Is the campaign really suspended or in “previews”?

There are people out there who are covering this on a minute-to-minute basis. I don’t have the luxury of that time at the moment, but apparently recent events have pushed my HOLD MY EARRINGS buttons.

Nevertheless, back to the Letterman dis. After informing David Letterman that duty called and the heightened sense of urgency around the financial crisis required John McCain to report to work in Washington, DC, it took him 24 hours to board the first thing smokin’ out of New York for the nation’s capital. Note: He hasn’t been present to cast a vote in the Senate since April including the GI bill that was recently signed into law. Apparently it was urgent that he get serious and take an interview with Katie Couric then give Bill Clinton some face2face and speech time at his Clinton Global Initiative conference, and then address the financial crisis. Obama was summoned by Bush (more like being called into the principal’s office) to spend 3 hours in a room with some Democrats, some Republicans, a somewhat silent McCain at the far end of the table out of his sight line, and cameras, to find out that the bailout script was going into rewrites. Almost a Margo Channing moment (“All About Eve”) when she walks into the theater for a reading and finds out on the spot without warning that Eve Harrington is her new understudy.

Will the curtain go up tonight at Ole Miss? That’s the news of the day and it’s almost taking over the discussion about the financial crisis. In fact, McCain has married his “will he or won’t he” to the financial crisis which puts another twist to the script. But this is a gamble. First, we really don’t know how bad or not so bad the crisis is. McCain saw no problem with appearing on David Letterman the day after hurricane Katrina struck. The day of Katrina, he was celebrating his birthday with George Bush with cake.

Maybe he wasn’t aware of his star potential at the time.

But there are multiple drafts of the McCain script including the why he is holding out on tonight’s debate. A recent interview with Brian Williams (NBC) goes back to the recurring [gripe] talking point that he invited Obama to do the 10 joint town hall meetings. The Obama camp considered it, but decided to do the traditional debate format. Apparently McCain took that as a personal offense and has since behaved like a scorned or jilted….well, you know the rest.

But these moves have put McCain’s star in focus. But does he want to risk giving the stage to a very capable and talented Barack Obama who can transform this play into a one-person monologue that will become legend.

Update: The New York Times has just reported that John McCain will join the debate. Told ya! I wish I could write faster!!!

Haven’t we seen this GOP move on Barack Obama before?

In 2004, when Obama was running for the Illinois Senate seat, the GOP sent in their “race” candidate Alan Keyes, to shake up “identity” voters whom they assumed would find Obama too “foreign” or his name too difficult to pronounce. We now see how effective that strategy was. However, in the Alan Keyes Archives is the debate between the two then Senate candidates on October 12, 2004 which is fascinating in and of itself, and confirms what I’ve said all along; Obama really has been consistent on many of his positions if anyone cares to pay attention or read his book The Audacity of Hope.

But now we have another version of that 11th hour scenario with Sarah Palin, governor of the great 49th state of Alaska. Just 3 months shy of her 2nd year as governor, Palin has been tapped to potentially be one heartbeat away from the highest office in the free world. Since I and many others know so little about her, and she hasn’t written any autobiographies, out of fairness, you can link to her official bio: http://gov.state.ak.us/bio.html. And here’s a link to the Anchorage Daily News.

Obviously, this move gets press and takes the spotlight off what many describe as one of the most successful DNC conventions, if not the best ever. And of course in true form and for the sake of drama, the media and Palin herself are feeding this through the prism of what it means to disaffected HRC supporters. Will Palin bring in the anti-choice, evangelical base within the Republican party? Will she appeal to Log Cabin Republicans? Will soccer moms trade in their kid’s cleats for ice skates and hockey sticks? Will the fellas make her the first pin-up candidate? I’m not making that one up based on the comments in the blogsphere.

Is Sarah Palin John McCain’s Eliza Doolittle? Or is this the Laine Hanson scenario, as played by Joan Allen in The Contender, the Senator who had to defend her credentials to be confirmed to fill the seat of the recently deceased VP. Maybe I need to cue up The Contender again. Laine Hanson had grit. She was a maverick. She also had a past that was being vetted on the public stage and came under the scrutiny by the old double standard for women and their sexuality. Imagine if a candidate said this today:

LAINE HANSON: The church I go to is the one that emancipated the slaves, that gave women the right to vote, that gave us every freedom that we hold dear. My church is this very Chapel of Democracy that we sit in together, and I do not need God to tell me what are my moral absolutes. I need my heart, my brain, and this church.

Hurricane Gustav may blow this story off the page for a second, but even in that context, Palin shouldn’t be ignored.