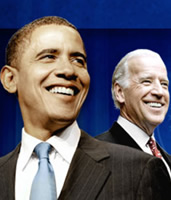 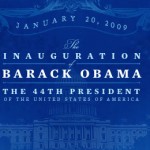 As tickled, inspired, and proud I am about Barack Obama taking the oath of office tomorrow morning, the one change that didn’t happen as the campaign vibe shifted into the transition vibe was the Washington pecking order. This is not the Obamas’ fault; don’t get me wrong. Personally, I think they do model a paradigm shift that needs to gush and not trickle down to the self-appointed gatekeepers.

DC natives deal with this all the time. We have to tolerate our dual identities, i.e.there’s Washington and there’s D.C. There’s the first class section and coach. But it’s a dag gone shame when people who’ve been here for 72 hours or less have already hit the pecking order brick wall when it comes to enjoying the inauguration experience. The scalpers are shameless, scooping up tix and hoping the desperate will bring in their [temporary] windfall. A woman I met from LA said people were scalping tickets for the Neighborhood Ball – an affordable, accessible, community event. Barack Obama is expected to attend.

Yesterday, I attended the “We Are One” concert on the mall. The main stage was the Lincoln Memorial; I was at the foot of the Washington monument (about 1/4 mile away) with my sister and a co-worker from her office. We watched the entire event on one of the giant teletrons. I had a great time. Would I have wanted to be closer to the stage, behind the Obamas, and the celebrities and dignitaries. To be honest, I was really okay where I was. I could do my “Shout” dance when Garth Brooks worked the audience for a collective aerobic celebration; or sing loud and off-key “One Love” with Will.I.Am, Sheryl Crow, and Herbie Handcock without disrupting the dignity of the offiical seating area. And if anyone questions the throngs of the thousands’ patriotism, you could hear a pin drop during the national anthem.

So my advice to people on how to enjoy the inauguration is to adopt the attitude of the old 60s song “Love the one you’re with.” I’m more excited to get out and about to do some people watching and people chatting, than seeing and being seen at the high end balls. In some instances, the pecking order, gatekeeper, scalper set is a tad Marie Antoinette for my taste in the context of “Hope,” “Progress,” and “Change.” And may I note, I’m not saying this because I can’t get tickets. But what price is history?

The real spirit is the people I meet on the streets. Several young women looking for a decent bar just to warm up with a drink. We sent them down F Street towards Chinatown. Visitors asking directions. The orderly and patient waits in line or long walks to events like the concert on the mall — meeting neighbors I never met before. I really crave to just walk in my own neighborhood after 10 PM safe and secure with the National Guard on call.

But in case you want a little bit of everything, here’s a good link a friend posted of inaugural events through Tuesday.
http://www.theinaugurationguide.com/inaugural-events

Update: This is another cool site by a DC resident – The Obamas Are Here! – Inaugural Insanitiy. Cool unofficial and the official activities on one blog. 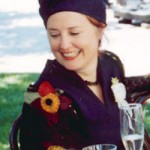 “In Washington, we are trying to come back to the table, where we gather friends and family, where we want to eat together because the food is nourishing and tasty.”
Alice Waters, owner of Chez Panisse in Berkley, CA

I like this quote for more reasons than just food.

Chez Panisse chef Alice Waters will be in town for the inauguration preparing a local grown feast at the Phillips Collection on Dupont for 150 or so people at $500/plate January 19. $350 of the prix fix meal will support Martha’s Table, DC Central Kitchen as well as the FRESHFARMS markets, which brings local grown organic open air markets to D.C. and Maryland communities. The dinner/fundraiser is already SOLD OUT.

The wine selected is from an Oregon vineyard – Ponzi Vineyards. Don’t leave your glass idle too long or you may find it empty 😉

Apparently, Alice broke her voter fast in 2008. According to the Huffington Post blurb, Ms. Waters hasn’t voted since 1966 after a friend of her’s, Bob Scheer, an activist and journalist with an anti-Vietnam platform lost his primary challenge to the establishment Democrat congressman.

Yesterday I decided to go offline and visit the Historical Society of Washington, DC (801 K Street, NW) to see the opening of “Quilts for Obama: Celebrating the Inauguration of Our 44th President.” The exhibit is curated by photographer and quilt collector/artist Roland Freeman. Roland Freeman is one of those community activists who uses art and folk culture as his podium.

I was a student intern at Howard University when I was introduced to his photography – black and white photos of Baltimore’s African American community and folk culture. His most memorable photos were documents of Baltimore’s arabbers in the 1970s. Arabbers were venders who sold fruit and vegetables from a horse drawn cart.

In 1996 Roland published A Communion of the Spirits: African-American Quilters, Preservers, and Their Stories. If you have any interest in quilts, folk art and culture, African American history and culture, this is a book for your coffee table.

An encounter with Roland and his art is never dull. I grabbed my video camera to capture the opening of “Quilts for Obama.” In true fashion Roland put his cards on the table about art, supporting the arts, the meaning of art in community and as community. These quilters from all over the country, men and women, had less than 30 days to design and stitch a commemorative work of art in time for the inauguration of the 44th President.

The quilts are beautiful. Some of the quilts on display employ hand stitching (that’s the quilt stitch that secures all the layers together), strip quilting techniques, applique (especially the Obama logo), even Hawaiian quilting style (another form of applique with lots of curves). Each quilt tells a story about the history of the U.S., African American history, personal biographies, Obama’s own biography, and the meaning of the upcoming inauguration to the artist.

See the exhibit (through February 1) and visit The Group for Cultural Documentation website (www.tgcd.org). It’s a great website. “Quilts for Obama” is a grassroots effort. It still needs support to produce an exhibit brochure and catalogue. Roland gives us “the ask” as you’ll see in the video below. The basket is being passed.

In this segment, Roland Freeman invites the Obama family to visit the exhibit.