Several years ago, I produced 3 video shorts for the Humanities Council of Washington, DC as part of their “We the People” project, an initiative of the National Endowment for the Humanities. The shorts focused on three key historic American documents: the Declaration of Independence, the Bill of Rights, and the Emancipation Proclamation. These shorts aired on public access television and were intended to accompany long-form interviews by E. Ethelbert Miller with historians Roger Wilkins, Ira Berlin, and syndicated columnist E.J. Dionne.

While doing the research and meeting with scholars for the project, it became clear that most people, myself included, have been mis-educated about these documents, have no idea what they say, and know very little about the complexities and details of the people and events involved in their making. Trust me, the details are much more interesting than what was taught to me in school. It even tops the rants on the misdeeds and mis-handlings of the founding dead white men to indigenous and enslaved Africans.

Like Christmas, July 4th is known more for its traditions and symbols than its true story and reasoning. Let’s start with the simple fact, that the Declaration of Independence went to print (i.e. the scribes began to hand write the documents) around July 19th. It was sent to the Continental Congress for signing on August 2nd. This is what I learned from Stacy Bredoff, curator for the Charters of Freedom exhibit at the National Archives and Records Administration in 2005. I did two interviews with Stacy; the second is on the Bill of Rights. [The Emancipation Proclamation short was with the late Walter Hill.]

These three documents and the Constitution explored as a cohesive unit tell the story of nation building as well as the on-going debate about the meaning of freedom for a new nation that supported slavery prior to 1776 through the Civil War. Maybe it wasn’t silly of me to interpret the “Freedom Trail” signs in Boston and Massachusetts as additional sites of the Underground Railroad, i.e. the Road to Freedom. It may have taken an American Civil War for the nation to evolve into a truer meaning of the principles set forth by the authors of the Charters of Freedom (Bill of Rights, Constitution, Declaration of Independence).

I enjoyed some traditions – ribs, potato salad, watermelon, ice cream, gumbo, and a glass of Yuengling beer – the oldest brewery in the U.S. Top it off with watching the fireworks by the Taft Bridge. By the time I got home to work on the blog, I was having computer issues, and the White House site was down which meant the President’s weekly was unavailable. Not the case today, so I’ll just link to President Obama’s 4th of July address which mixes traditions, symbols, pomp and circumstance of the holiday with today’s realities and challenges.

I’m one of those people who “kicks back” in moderation. Over the weekend I pulled down three books – leftovers from the “We the People” project. I gave each of them some time, and I recommend them to other readers. How our schools teach our history might be the difference between being socialized or educated. Or the difference between meaningless data points and something a whole lot more interesting. There’s still time. In addition to the short list below, a visit to the National Archives and Records Administration in person (in Washington, DC) or via the web is time well spent. The Declaration of Independence is on display at NARA and every 4th of July, they hold a public reading. Perhaps the 4th of July can combine traditions with some dialogue on the meaning and stories of the documents. 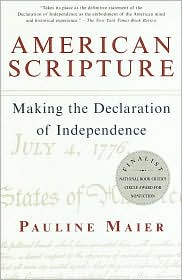 American Scripture: Making the Declaration of Independence by Pauline Maier 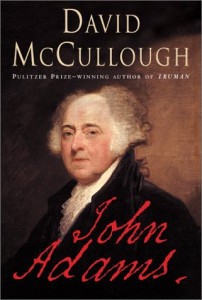 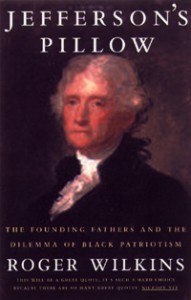 Jefferson’s Pillow: The Founding Fathers and the Dilemma of Black Patriotism by Roger Wilkins