Bathroom talk isn’t one of my favorite topics. And I don’t enjoy its humor either. But as the bathroom wars continue over transgender access and rights, and students and parents voice concerns about privacy and safety for girls and boys in school bathrooms, my friends and I dove into our school memory boxes.


The fact is the girls bathroom and locker room at school can be the most dangerous place on earth. The girls bathroom was the tough’s turf for hanging out, smoking, and waiting for their unsuspecting student mark. Most of the stall doors were missing. Most of the toilets didn’t work at all. On occasion there was no water from the sink faucet. Yes, we’re talking about the United States of America public schools. The bathroom environment is ripe for anything except its bottom-line function.

Under these conditions some of us held our pee and other business until we got home. You were warned that this holding practice could lead to kidney failure later in life. But hey, we wanted to live to see another school day, and hug the ones we love again.

When this scene is played out for entertainment purposes in a movie or episodic, the tendency is to make the bathroom the proving ground, separating the cool kids from the squares or geeks. The strong from the weak. The geeks have to draw their line in the sand. The confrontation is the rite of passage to stand up for yourself and assert your right to be who you are. To be free.

America can be a “bullying” culture. And proud of it from the school bathroom, to the locker room, business, politics and down the rest of the chain. Even North Carolina’s bathroom legislation is the state house’s bullying tactic to reign in their urban communities from having control over raising the minimum wage and establishing anti discrimination policies.

Where is an American girl safe?

Deputies say this 6y/o girl was attacked at school by student nearly twice her age. More at 10&11p @FOX5Atlanta pic.twitter.com/ecFSz5Pfao 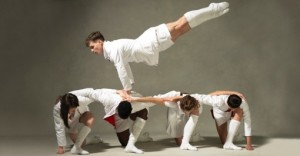