> People > Women > Ruby Dee (1922 – 2014)
Sometimes we forget Ruby Dee was born in Cleveland, Ohio. Say “Karamu House” and you know Ruby Dee. Ruby and Harlem paired perfectly like Ruby and Ossie. Harlem was where the baby girl grew up. Or we know Ruby from her Bed-Stuy, Brooklyn window in Spike Lee’s DO THE RIGHT THING.
But Ruby was a Cleveland girl. She didn’t forget that. So much so, she was a writer on the film UPTIGHT, based on the novel, The Informer, by Liam O’Flaherty. Filmed in Cleveland’s Hugh neighborhood by Jules Dasian Did you know that? 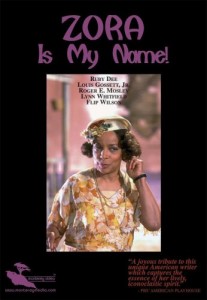