Why does the slave ever love? Why allow the tendrils of the heart to twine around objects which may at any moment be wretched away by the hand of violence?
Incidents In the Life of a Slave Girl, Harriet Ann Jacobs writing as Linda Brent

People are trapped in history and history is trapped in them.
“Stranger in the Village” from Notes of a Native Son by James Baldwin

I win the fight, I never die and I always get the girl at the end of the picture.
Fred Williamson, actor

There’s a lot of truth in a joke.
Grandma Carrie

These quotes and their sources reflect my thoughts about Quentin Tarantino’s new film “Django Unchained.” And that’s pretty much all I have to say about the film. Read into it what you want.

Speaking of films, here’s a video about the Emancipation Proclamation I produced years ago for the Humanities Council of Washington, DC’s public access series featuring the late historian Walter Hill (1949-2008), an archivist at the National Archives and Records Admiministration. The original copy of the Emancipation Proclamation is on display now at the National Archives until tomorrow, January 1. 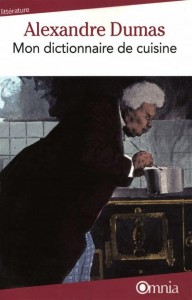 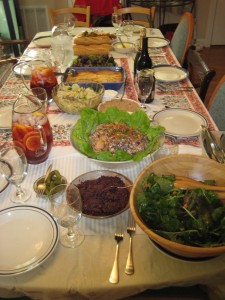 The NRA’s Friday press conference will go down in history as a text book case of what not to do in a press conference. After days of silence following the Newtown, CT tragic mass shooting, it could only be assumed the NRA was crafting their most brilliant spin ever, making mental health treatment the center of a debate and not gun purchases, or ownership. But the “bad guy, good guy” soundbyte by vice president and chief lobbyist Wayne LaPierre, could only be, as someone brilliantly described, a case of the NRA “shooting themselves in the foot.” And the “magic bullet” solution to set up an armed police in schools only opened LaPierre and the NRA to further ridicule and outrage with examples of how well that set up worked at Columbine in 1999, a heavily armed Fort Hood, and Virginia Tech in 2007 which had/has armed campus police.

The time has come, where this side of the argument no longer has a place at the table. Perhaps there will be a serious conversation about U.S. gun culture and the mental health of the nation. Michael Moore’s “Bowling for Columbine” was part of that conversation and is still relevant. NPR’s Diane Rehm did a great show (Jan. 20) on the struggles of parents with seriously mentally ill children, and this article by Adam Winkler, “The Secret Hstory of Guns,” published in the Atlantic is very interesting and merits more discussion.

It will take more than awareness to move this forward. The President is asking the public to stay engaged. Nearly 200,000 signed an online gun violence petition posted by a citizen on the “We the People” page of the White House’s website.

Sooner or later there’s that final straw that breaks the camel’s back as the old schoolers uesd to say.

As for the final grade on Friday’s press conference, Code Pink earns the “A.”

Guide to Mass Shootings in America by Mother Jones

It’s all too much.

Time to get busy.

We the People: Your Voice In Our Government
Petition on WhiteHouse.gov
The goal of this petition is to force the Obama Administration to produce legislation that limits access to guns. While a national dialogue is critical, laws are the only means in which we can reduce the number of people murdered in gun related deaths.

Powerful lobbying groups allow the ownership of guns to reach beyond the Constitution’s intended purpose of the right to bear arms. Therefore, Congress must act on what is stated law, and face the reality that access to firearms reaches beyond what the Second Amendment intends to achieve.

The signatures on this petition represent a collective demand for a bipartisan discussion resulting in a set of laws that regulates how a citizen obtains a gun.

This year, Thelma Schoonmaker, Martin Scorsese’s editor for the past 40 years and a three-time Oscar winner, called Grover Crisp, the executive VP of asset management at Sony, for a 35mm print of Scorsese’s 1993 film The Age of Innocence for the director’s private collection.*

“He told me that they can’t print it anymore because Technicolor in Los Angeles no longer prints film,” Schoonmaker recalled. “Which means a film we made 20 years ago can no longer be printed, unless we move it to another lab—one of the few labs still making prints.” (Age of Innocence has since been printed in another lab).

Welcome to the digital world, movie version. With major studios like 20th Century Fox switching to digital prints by year’s end, businesses that used to make and support celluloid—labs, shippers, and suppliers—are shutting down or shifting gears. Fuji is ending its production of film stock, while Kodak, in the throes of bankruptcy, is cutting back on its film products.

Martin Scorsese recorded this message for the Toute la Mémoire du Monde: Festival International du Film Restauré in France a few weeks ago. Are we back to saying “movies” or “features” and not “films”? I’m not sure if anything I shoot on a digital card should be called “video.”