In his weekly, President Obama is addressing the crisis at the pump…that is rising gas prices. Is it directly connected to what’s going on in Libya and the oil producing states over there? No one’s really saying. Have the oil giants implemented some crisis management on the consumer?

On Thursday, my Attorney General also launched a task force with just one job: rooting out cases of fraud or manipulation in the oil markets that might affect gas prices, including any illegal activity by traders and speculators. We’re going to make sure that no one is taking advantage of the American people for their own short-term gain. And another step we need to take is to finally end the $4 billion in taxpayer subsidies we give to the oil and gas companies each year. That’s $4 billion of your money going to these companies when they’re making record profits and you’re paying near record prices at the pump. It has to stop.

This week’s message goes back to a campaign issue that’s been on the table for the Obama administration since taking office — clean renewable energy. Eventually the oil well will run dry, but that doesn’t seem to worry deficit hatchet swingers in the Congress who aren’t convinced investment in clean renewable energy technology is worth the time and money as off shore drilling (and years of clean up – i.e. BP oil spill and others that haven’t made the front pages).

Aren’t we tired of generations of lip service to “looking out for the future,” and “helping the children and grandchildren”? By now someone should’ve figured out, your 15 minutes are up when you reach 21. And if you don’t vote? You fall into another lost generation and it’s time to start again on the next generation. If anyone’s invested in the future, it’s the people who desire to live and thrive in it. Clean air would be a big help.

Last week Energy Action Coalition: The Hub of the Youth Climate Movement held their Power Shift Conference in Washington, DC. More than 10,000 people participated. Van Jones who resigned from his post as White House Special Adviser for Green Jobs, Enterprise, and Innovation, was the keynote speaker. Van Jones flipped the words to “Shift the Power.”

For some reason the press and Jones’ own admirers in the blogosphere decided to stick to one remark in this 20 minute speech “DC is stuck on stupid.” Perhaps DC isn’t the only one who’s stuck.

Being an engaged citizen can be just as time consuming and demanding as being a politician.

If you have a friend who should be an A+ student, getting C’s and D’s,
you’d put on peer pressure to achieve higher.
If you are a hero, for ensuring your friend gets an A,
aren’t you a bigger hero for helping your other friend get an A on his presidency?

I love the Washington Post‘s Peeps Show contest. This year the winner of the best peeps diorama went to Mary Jo Ondrejka of Reston, Virginia for her depiction of the rescue of the 33 miners in Copiapo, Chile. For those of you who don’t get the Peeps, this is an annual contest presented by the Washington Post around the Easter holiday because it’s the only time you can get these little marshmellow chicks and rabbits in the grocery store practically at bulk rates. 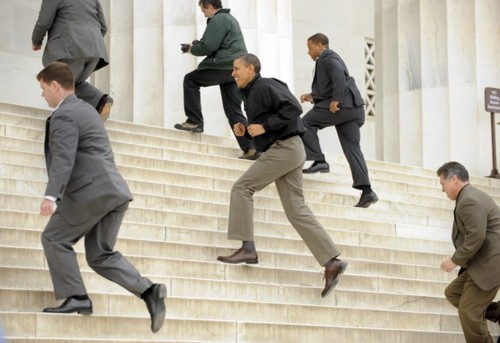 So this whole budget battle is just about funding for Planned Parenthood? I don’t think so. There are a lot more devilish details in these billion $$$ budget cuts.

Money, you’ve got lots of friends
Crowding round the door
When you’re gone and spending ends
They don’t come no more
Rich relations give
Crust of bread and such
You can help yourself
But don’t take too much
Mama may have, Papa may have
But God bless the child
that’s got his own
That’s got his own

Filmfest DC, the Washington, DC International Film Festival, marks its Silver Anniversary this year. Slated for April 7 – 17, 2011, the Festival will celebrate 25 years of presenting the best in new international cinema in the nation’s capital.

Ticket information and the complete festival catalog are available on www.filmfestdc.org.

An inspiring and bittersweet look at the American justice system, this documentary considers the plight of Deborah Peagler, who received a 25-years-to-life prison sentence

for her alleged role in the killing of the boyfriend who had abused her and forced her into prostitution.   More.

In Persian and English with English subtitles

In early 2009, a new generation of Iranians hoped for change through the upcoming presidential elections. Fueled by youthful exuberance and media technology, a groundswell—the so-called Green Wave—emerged to challenge the status quo and caused a seismic shift in the political climate.  More.

From the award-winning team that produced Death of a President and The Last King of Scotland, I Am Slave is a controversial thriller about the slave trade in present-day London and one woman’s fight for freedom. More.

NOSTALGIA FOR THE LIGHT

Chile’s isolated Atacama Desert offers an excellent vantage point on the past. The dark sky attracts astronomers, who have built some of the world’s most sophisticated observatories in a quest for information about the universe’s origins. But the region also holds memories that are more recent and more raw: This is where Pinochet’s regime built its largest concentration camp and buried many victims of summary executions.  More.

In Arabic with English subtitles

“Few antiwar films register with the disturbing immediacy and visceral terror of Tears of Gaza, Vibeke Lokkeberg’s extraordinary documentary set amid the 2008–09 Israeli bombing of Gaza. Almost purely observational, the film doesn’t take sides as much as obliterate politics: the wounded parents carrying maimed children are not in uniform, and the bullet holes in the 2-year-olds did not arrive by accident.” —John Anderson, Variety  More