> The Economy > Budgets, Arts, Public Broadcasting and Culture – 2nd Cut is the Deepest 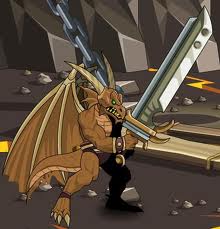 The House budget has been described as far more “draconian” in terms of cuts to arts, public broadcasting, culture and humanities. For the purposes of this blog and its focus, need it be said that the “cease to exist” (read defunding) list includes the Corporation for Public Broadcasting, Public Broadcasting Service (PBS), National Public Radio (NPR), the National Endowment for the Arts (NEA), and the National Endowment for the Humanities.

Tonight or tomorrow Congress will vote on H.R. 1 – the resolution to continue funding the government through the rest of the year. Right now they’re hashing it out with all of the amendments including the ones to cut or cut off funding to certain programs. Whatever happens in the Congress still has to jump the hurdles in the Senate. So…to be continued.

170MillionAmericans.org has been the advocacy organization in support of public broadcasting (radio and television) funding. They are encouraging supporters to contact their representative(s).

Americans for the Arts has been monitoring the situation on arts funding and the NEA specifically. They have a could be worse outcome to report. Tim Mikulski writes on the organization’s blog:

The good news is that the two amendments to eliminate the NEA altogether were introduced, but never offered up for a vote by the sponsors on Thursday. That is a testament to the advocacy efforts of the arts community and the strong supporters for the arts in the Congress, including Rep. Louise Slaughter (D-NY), who gamely handed our Creative Industries maps out to House members on the floor before the vote.

Not much is being said from an advocacy arm to support the National Endowment for the Humanities (NEH) or not as loud. Somehow, I believe with Jim Leach at the helm, he still has friends on the Hill. The NEH along with the NEA, funds programs seen on PBS and exhibits in museums as well as other community and educational projects. The NEH, with its 4% cut gets the same amount as the NEA in the President’s budget, but is cut out all together with the NEA, and CPB (which funds PBS and NPR) in a House budget amendment. Nevertheless there’s the National Humanities Alliance Action Center that monitors these things on behalf of the humanities; and they have an “action center” page.

The Smithsonian Institution, which still maintains “no admission fee” to visit its museums in Washington, DC, was a Winner in both budgets. Funny how the LA Times Arts and Culture blog has a photo of polo players in front of the Smithsonian castle on the national mall.

And the John F. Kennedy Center for the Performing Arts and National Gallery of Art are probably in a position to breath easy. They are also the most visible arts and cultural institutions based in Washington, DC and the nation. Can’t the same be said about PBS?

Somewhere in the House, lawmakers have forgotten that four letter word that’s on the hearts and minds of most Americans these days — JOBS. People who create the products, performances, experiences, and institutions these organizations support aren’t hobbyists or lightweights. They are workers. And based on what I saw and heard on Sunday night’s Grammy Awards, we just can’t leave our nation’s cultural and artistic legacy solely in the hands of money changers.