> Places > Washington > Haps from the mailbox

Locomotion at the Kennedy Center

Ever have a lot to say, but can’t get the words out? That’s the problem confronting Lonnie Collins Motion, a kid who’s so full of energy that everybody calls him Locomotion. After experiencing some very real family tragedies, the power of poetry finally provides an outlet for expressing his feelings. Award-winning novelist Jacqueline Woodson has turned her book into an inspiring play about the journey of a boy as he moves from tragedy to hope and from losing one family to gaining a new one. Wonder at this boy’s self-discovery through words.

Tickets are $18 and available from the Kennedy Center for the Performing Arts (Washington, DC).

Please join us as we present the 3rd Barbara Seaman Awards for Activism in Women’s Health and celebrate 35 years of action. 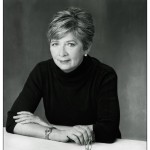 Barbara Ehrenreich is a nationally known author, feminist, and social critic who combines journalism and activism to spark lasting social change. Her expose of low-wage work, Nickel and Dimed, became a national best seller. She has turned her own personal experience with breast cancer into a trenchant critique of breast cancer “awareness” and other feel-good approaches to women’s health issues. Barbara first wrote about women’s health in the 1970s, when her pamphlet, Witches, Midwives and Nurses: A History of Women Healers, was an underground sensation. As an early leader in the women’s health movement, and a leading social critique, Barbara’s remarks at the NWHN are sure to provoke, inspire and enlighten

Anne Kasper has been an advocate, sociologist, researcher and public policy expert on women’s health for nearly 40 years. She brought women’s health movement strategies to her ongoing work as a leader in the struggle for health care reform. She was the director of the Campaign for Women’s Health in the 1990s and now chairs the Maryland Women’s Coalition for Health Care Reform.

Miriam Zoila Perez is a reproductive right and justice activists, a writer and blogger, and a speaker on LGBTQ issues. She is an editor with the popular blog Feministing.com. Additionally, she is an organizer and advocate for Latina women, most recently in her role as the e-communications for the National Latina Institute for Reproductive Health.

Go to this link for tickets. For questions about the event – contact Jill Battalen, Director of Individual Giving, at 202.682.2640 or jbattalen[at]nwhn[dot]org. 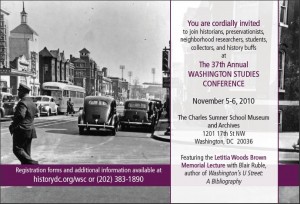