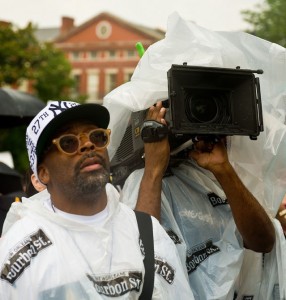 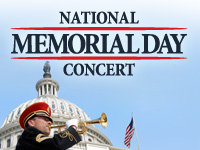 President Obama will be making another trip to the Gulf tomorrow. But today, the President wanted to make clear who was in charge of the response effort.

The American people should know that from the moment this disaster began, the federal government has been in charge of the response effort. As far as I’m concerned, BP is responsible for this horrific disaster, and we will hold them fully accountable on behalf of the United States as well as the people and communities victimized by this tragedy. We will demand that they pay every dime they owe for the damage they’ve done and the painful losses that they’ve caused. And we will continue to take full advantage of the unique technology and expertise they have to help stop this leak.

We also know who has the President’s ear and what touches his conscience:

When I woke this morning and I’m shaving and Malia knocks on my bathroom door and she peeks in her head and she says, “Did you plug the hole yet, Daddy?” Because I think everybody understands that when we are fouling the Earth like this, it has concrete implications not just for this generation, but for future generations.

From Alex at Servicemembers United. I met Alex at the “Ask Not” events for Community Cinema in 2009.

We wanted to share some exciting news with you before we even speak to the media about this new development. After relentless pressure, the White House and the Pentagon have finally changed their tune and announced that they will now support an amendment to repeal the DADT law THIS YEAR.

We have been working tirelessly on this for a long time, both in public and even more so behind the scenes. This news now makes it much more likely that we will lock in repeal of DADT this year, even if the implementation of repeal is delayed until after the Comprehensive Review Working Group finishes its implementation management study. If we succeed, the major battle (getting the law off the books) will be over.

But this fight is far from won! Even with the President’s and the Pentagon’s public support for repealing DADT this year, we still need to invest the time to do everything WE can to help push this over the finish line. As you may already know, key votes will take place this week on the Senate Armed Services Committee and on the floor of the House of Representatives. We MUST win these votes, and we need your help to make sure that happens.

We have waited 17 long years for this very week. Please take a few minutes to help us out by calling and emailing your Senators and Representatives to voice support for repeal. Then, please call and email the offices of the 6 Senate Armed Services Committee swing voters who hold the fate of this law in their hands. They are Senators Evan Bayh (D-IN), Scott Brown (R-MA), Bill Nelson (D-FL), Robert Byrd (D-WV), Ben Nelson (D-NE), and Jim Webb (D-VA). And finally, if you have just a few extra moments, please consider calling Senators Lindsey Graham (R-SC), George LeMieux (R-FL), and John McCain (R-AZ) and urging them to support repeal of the DADT law this year.

The contact information for Senate offices can be found here:
http://www.senate.gov/general/contact_information/senators_cfm.cfm

The contact information for House offices can be found here:
http://www.house.gov/house/MemberWWW.shtml

P.S. Below is a copy of our press release about this announcement today.

WASHINGTON, D.C. – Servicemembers United, the nation’s largest organization of gay and lesbian troops and veterans, commended the announcement today that the administration will now support an amendment to the National Defense Authorization Act to repeal the “Don’t Ask, Don’t Tell” law this year. The proposed amendment would include a delayed implementation provision that would not allow repeal to take effect until the Pentagon’s Comprehensive Review Working Group completed its nine-month implementation management study and until the President, the Secretary of Defense, and the Chairman of the Joint Chiefs of Staff certified that the military is ready to implement repeal smoothly.

“This announcement from the White House today is long awaited, much needed, and immensely helpful as we enter a critical phase of the battle to repeal the ‘Don’t Ask, Don’t Tell’ law,” said Alexander Nicholson, Executive Director of Servicemembers United and a former U.S. Army interrogator who was discharged under “Don’t Ask, Don’t Tell.” “We have been making the case to White House staff for more than a year now that delayed implementation is realistic, politically viable, and the only way to get the defense community on board with repeal, and we are glad to see the community and now the administration and defense leadership finally rally around this option.”

The “Don’t Ask, Don’t Tell” law, passed in 1993 as part of the National Defense Authorization Act for Fiscal Year 1994, has resulted in the abrupt firing of more than 14,000 men and women because of their sexual orientation, and has led tens of thousands more to voluntarily terminate their careers because of the burden of serving under this outdated law. There are an estimated 66,000 gays, lesbians, and bisexuals currently serving in the U.S. military and an estimated 1 million gay, lesbian, and bisexual veterans of the U.S. armed forces.

Servicemembers United, a non-profit and non-partisan organization, is the nation’s largest organization of gay and lesbian troops and veterans and their allies. Based in Washington, DC, Servicemembers United actively engages in education, advocacy, and lobbying on issues affecting the gay military, veteran, and defense community. 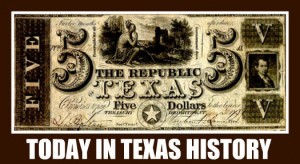