Though I hate to fan more wind into the fame-seeking sails of the serial celebrity wannabes Tareq and Michaela Salahi aka the White House party crashers on this blog, Virginia governor Tim Kaine’s quote in today’s Washington Times is priceless!

“If somebody had said to me, ‘Hey, someone in Virginia is trying to crash a party.’ There are 7 1/2 million Virginians, who do you think it might be? I think I might have been able to guess in about five seconds.”

…on the other end, according to the article, Tim Kaine appointed Tareq Salahi to Virginia’s Tourism Board at Mr. Salahi’s request.

BTW – Has Bravo figured out that Front Royal, Virginia isn’t in Washington, D.C.?

For those of you who don’t know the rules of these events, it’s pretty simple and basic:

If you don’t get a paper invitation addressed to you, with the official seal, you are not invited; you are not on the list.

If you do not RSVP with your Social Security number and everything requested for that paper invitation addressed to you, with the official seal, you are not on the list.

If you get the paper invitation addressed to you, with the official seal, and you submit all the required information but are told you did not clear the security check, you’ve got another kind of problem. And again, you are not on the list.

Email invitations are not official invitations for these kinds of events with heads of state. Therefore, you are not on the list.

If you do not have the paper invitation addressed to you, with the official seal + confirmation + security okay…and choose to show up anyway, and are told at the gate that you are not on the list, just take your silly self over to the W Hotel or the Hay Adams, have a drink and call it a night on the town.

If you get past the gate, and into the event, and you are not on the list… 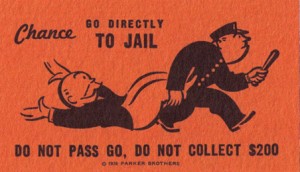 And now, the just deserts from Jon Stewart….

Update: Jim Messina, White House deputy chief of staff, released the following memo on December 2nd re new guidelines (read “rules”) for future events at the White House effective immediately. The memo is published on the White House website. Here is the text. Note the next to the last sentence which is in bold for this blog posting.

On Wednesday, November 25, the White House asked the United States Secret Service to conduct a full review of security protocols in place during the State Dinner. After learning of the preliminary findings of the United States Secret Service review, the White House began, over the weekend, to review the procedures that were in place for our staff that night. Below are the findings as well as an important policy change.

I met with the Office of the Social Secretary, which had the lead on the event, as well as other departments, to review their procedures in order to identify what actions were taken and if any changes should occur.

The United States Secret Service announced that the preliminary findings of its internal investigation indicated that established security protocols were not followed at an initial checkpoint. As the Secret Service said last week, agents failed to verify that these two individuals were invited guests before they entered the White House.

We believe White House staff can playa role in streamlining this process as a courtesy to our guests and to assist the Secret Service agents who keep us safe. The President believes that the men and women of the Secret Service put their lives on the line everyday to protect him, his family and many others. He thinks that they do an exceptional job and they have his full confidence. We need to do whatever we can to help them succeed in their mission.

After reviewing our actions, it is clear that the White House did not do everything we could have done to assist the United States Secret Service in ensuring that only invited guests enter the complex. White House staff were walking back and forth outside between the check points helping guests and were available to the Secret Service throughout the evening, but clearly we can do more, and we will do more. 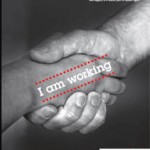 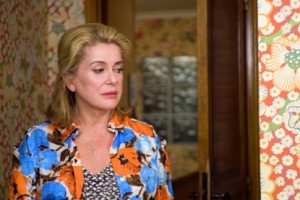