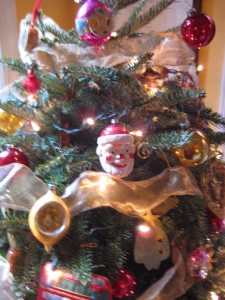 How I’ve neglected my on-line life for family, holiday treats, and a little trip to New York City, without a lap-top. For those of you who were pinned in by the snow, you technically have 10 more days of Christmas left to buy last minute gifts or even send Christmas cards. January 6 is Three Kings Day or the Epiphany celebrated in Latin America, Ethiopia, Spain and a few other places, maybe in a neighborhood near you. That “Twelve Days of Christmas” song was no joke. Santa may have parked his sleigh for the year, but the Kings are shining up their crowns. It’s also the second day of Kwanzaa – today’s principle is Kujichagulia, Swahili for “self-determinatin.” The last day of Kwanzaa is January 1 or New Years. There’s a gift exchange option available. This may be convenient for freelancers who didn’t see their checks before December 25.

One of my holiday traditions is eating dim sum, and the Washington Post hit it on the head with their review of New Kam Fong in Wheaton, MD (2400 University Blvd. West, Wheaton, MD 20902 – 301-933-6388). Our waitress was a bit surly trying to discourage us from ordering the dim sum. We later learned that customers on Christmas Day rattled her cage complaining about the long wait for food. We told her, that wasn’t us. Because we cook, we know how long food takes to get it just right. And that’s exactly what we got. I believe I ate at Kam Fong when they were in Chinatown DC (when it was a Chinatown). That would have been Christmas day years ago after our volunteer work at Howard Hospital. It may have been the spot where I had my first chicken feet. New Kam Fong makes dim sum as you order it, meaning my favorite pork buns take 30 minutes. So put 2 hours of change in the meter (there is free parking if available), order soup or appetizer and wait to savor something really good. Or you can always call ahead and order take out. Prices are great!

Barack and Michelle Obama left a Christmas message Christmas message before heading out to their traditional holiday destination, Hawaii, the President’s birth home (emphasis here). The trip was put off until the Senate moved the health care reform bill to the next level. Bags packed and ready to go, and then another issue – a passenger thwarted terrorist attack on a Northwest flight on Christmas Day. I’m still catching up, but the profile of the person attempting to set off an explosive on the plane is 23, male, Nigerian, and wealthy (father is a retired banker from one of the wealthiest banks in Nigeria). As E-Notes hints, in the coming months, eyes will be turning towards Africa re religious extremism and terrorism. Also, let’s not neglect the pattern of wealth and class of terrorism suspects. This guy was no goat herder.

But I have more family to visit and catching up to do. 2009 and the 1st decade of the millennium are coming to a close. And I have to assess the last ten years as well as the last ten days. ISO of an epiphany.