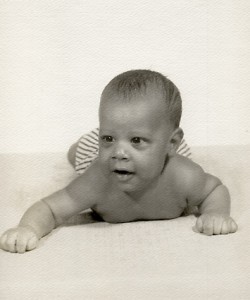 ANOTHER BIRTHDAY, ANOTHER BIRTH CERTIFICATE
Today is President Barack Obama’s 48th Birthday. Which birth certificate do you have? Apparently a merry band of predominantly conservative skeptics have been the darlings of the news media for their efforts in time travel to switch the President’s place of birth from Hawaii to Kenya. Their mission…to make the President and his presidency illegitimate under the law that the Commander in Chief be a natural-born American citizen. This is despite the fact there is a Hawaii birth certificate on file in Hawaii’s Department of Health, a newspaper announcement dated 1961 in the archives, and the state’s Republican Hawaiian governor Linda Lingle’s verification of Barack Hussein Obama’s birth in the state of Hawaii August 4, 1961. But for the “birthers,” it’s all very suspicious.

I’m sure the “birthers” won’t be convinced. And Lou Dobbs, their CNN trumpet for their cause , gets to keep his job despite the fact that he’s been told it’s a dead story, and his ratings have slipped since hyping the birth certificate issue. Dan Rather must be pissed.

President Obama is scheduled to celebrate his birthday with a series of meetings. Happy Birthday Barack Hussein Obama!

ANNOUNCING THE ARRIVAL OF A FIRST NOVEL

I had no idea Eugenia Kim was working on a novel. Genie Kim and I used to work together (she was in the graphics department). I see her and her family occasionally at brunches or walks in the arboretum hosted by a mutual friend. Genie’s a creative spark in DC’s arts community and a woman of great style. The Calligrapher’s Daughter is being released today. Here’s a description:

In a perfect blend of the personal and political, Kim has written a story based on her mother’s efforts to gain an education during a period when Korea chafed under cruel Japanese occupation. In the final chapters we witness the changes from a static and highly structured culture to one of increasing modernity.

Eugenia Kim will give a reading of The Calligrapher’s Daughter at Politics & Prose, August 18 at 7 PM, . (Address: 5015 Connecticut Ave., NW)

The FIRST NAOMI
Naomi Sims, credited for being the first African American “supermodel,” died of cancer in Newark, NJ. She was 61. Sims’ first “break-the-color-barrier” cover was for Ladies’ Home Journal in 1968. She strutted down the catwalks for Halston, Teal Traina, Fernando Sánchez and Giorgio di Sant’Angelo. After she retired from modeling Sims started her own line of wig designs with black women in mind. The difference was the texture. Sims wanted black women to ditch the Motown, Black Barbie Christie look for the option of a well-coifed black do. Apparently, her trick was to take a synthetic white girl wig and throw it in the oven. Set it at the right temperature and out pops a synthetic black girl wig. It became a multi-million dollar business. She is survived by a son, a daughter, and grand daughter.