E. LYNN HARRIS (1955 – 2009)
Another incomplete 5th Inning. Thursday, July 23, best-selling author E. Lynn Harris died at age 54. E. Lynn Harris may not have coined the phrase “down low,” but his fiction certainly aired out the closets of affluent, gay and bisexual African American men and the women who love them. (Jimmy Baldwin actually gave the heads up in his non-fiction.) Harris, who was openly gay, made space for readers and the African American community specifically to discuss sexuality through the pages of his popular fiction. Not all his characters were gay, in fact, in a 2008 interview with Atlanta’s Southern Voice, Harris mentions he was completing a book featuring gay characters and assured his gay readers and fans that he wasn’t abandoning them. That book is “Basketball Jones” which he was promoting in Los Angeles when he died. Harris got started as a writer by self-publishing, selling his novels from the trunk of his car. Eventually he got picked up by Anchor Books, an imprint of Doubleday. 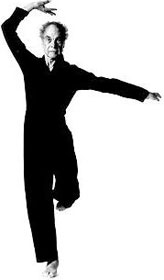 MERCE CUNNINGHAM (1919 – 2009)
Choregrapher and dancer Merce Cunningham learned something from Martha Graham — not just dance. Upon her death, Graham’s choreographed work appeared on lock down by a nasty legal battle between her companion and heir of her estate and her namesake dance company. Protect your choreography (read legacy) from your death. Merce Cunningham was one of the leading visionaries of what the 20th century called “modern dance.” He died Sunday in his home in New York City. If there was a “busy bee,” Merce Cunningham interpreted it in dance up until his final bow. The dance company began sorting out its business in anticipation of the inevitable departure of its founder and namesake. The Merce Cunningham Dance Company will embark on an international tour for two years then dissolve; then the Trust will license Cunningham’s work to other companies for productoin. A fundraising campaign is underway to support this transition. I saw the company once. I didn’t get it, but that doesn’t mean I didn’t appreciate the vision.

Ben Silverman, NBC programming chief, is out after 2 years. I found a real-life account of this Hollywood happening on Nikki Finke’s Deadline Hollywood. Nikki Fink’s Deadline Hollywood may satisfy my “Entrouage” craving since I don’t get cable, and stay one season behind with my Netflix subscription (oh yeah, it’s on-line too). Looks like Nikki will be just another one of my on-line bad habits. I’d like to see her in a cameo on “Entourage” going toe-to-toe with Ari Gold on-line or off. Or maybe I should just search “Ari Emmanuel” on her site. Here’s just one of her lead ups — well actually the completion — of her countdown to the Silverman exit.

First mea culpa. I was fast asleep when the announcement that Ben Silverman, the gift that kept on giving to me for all his NBCU screw-ups, was finally letting boss Jeff Zucker off the hook for a hiring decision that will go down in the annals of television entertainment as one of the worst.

There’s an AP make-nice version of the announcement here. You do have to ask yourself “When was the last time I watched NBC primetime for more than 60 minutes?” 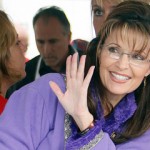