I love Bill Cunningham’s “On the Street” fashion columns in the Sunday New York Times. For the slides shows on-line, Bill’s raspy voice makes you think he’s reporting from the scene of a crime.

Bill gets around. Having recently turned 80, he pedals his bicycle around the big city streets collecting and beholding his beautiful things with his 35 mm camera. For some reason I think of Jimmy Olsen of “The Daily Planet” all grown up, having dropped the need for a hero long ago? 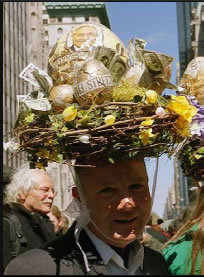