Months before Barack Obama was elected President of the United States, I said he was modeling after Ronald Reagan, not in policy, but in practice. This week’s submission of the FY2010 budget proposal, “A New Era of Responsibility: Renewing America’s Promise,” was just another example. While the headlines read that President Obama is un-doing what President Reagan had [un]done, in practice, Obama is doing exactly what Reagan did — keeping his promises.

For me, the budget is not the done deal to be implemented as is. It’s the impetus for a larger dialogue about what is really important to the American people and where our leadership and lawmakers stand on key issues like healthcare, energy, education, scientific research, and our future. And what better time than when people are really paying attention to these things.

As one friend said, “No one is above a critical analysis.” If nothing else, Obama has been consistent. For people who don’t agree, they haven’t been paying attention or read his books. Even when he says, he’ll change course if a strategy or plan doesn’t work, is part of that consistent practice. Afterall, we now know where “staying the course” has gotten us.

My friends at WETA TV 26 are probably thrilled to the gills because they’re at the White House right now taping the first “In Performance at the White House” for the Obama Presidency. Presdient Obama presents Stevie Wonder with the second Library of Congress’s Gershwin Prize for Popular Song named for song writers George and Ira Gershwin.

The production team of this special (officially titled) “In Performance at the White House – Celebrating the Music of Stevie Wonder: The Library of Congress Gershwin Prize” will edit everything but the title down to a one-hour special to broadcast the following night, Friday, February 26 at 8 PM, on PBS. Joining Stevie Wonder, the President and Mrs. Obama in the East Wing to celebrate in song are Tony Bennett, Wayne Brady, Anita Johnson, Diana Krall, Mary Mary, Martina McBride, Rickey Minor, Paul Simon, Esperanza Spalding and Will.i.am.

What’s very interesting about Stevie Wonder’s Washington, DC visit (and he’s no stranger in town) is that the Library of Congress commissioned Wonder to compose a new work — and it’s not in the pop genre. Monday, NPR aired a short story announcing that this new composition would be a departure from the usual electric keyboard, and synthesized sound that was Stevie’s breakout from the bubble gum Motown pop. Steveland is going acoustic. Not harmonica but violins, cellos, clarinets, oboe, chamber orchestra.

Wonder fans may react to this the way Dylan fans reacted when Bob went electric. But serious musicians like to try out different things. This isn’t about one kind of music being better than another. I remember when Keith Jarrett (jazz pianist) went through a classical moment. Wynton Marsalis recorded a classical album. Afterall, he went to Julliard as did Miles Davis. And the Davis sound was a departure from the big band music people had come to know and love on and off the dance floor.

At 21 Stevie packed up and left the Motor City and the hands-on Motown management. With some legal help he got his Little Stevie Wonder trust fund and declared his artistic freedom. Wonder got some space, some keyboards, some juice and produced two major albums: “Music On My Mind,” following up with “Talking Book.”

Apparently the new work was performed February 23 before an invitation only audience. Hmmm. Will we have to wait for the CD or MP3? Anyone out there who was in the audience at the LOC? I’m curious.

Maybe Stevie’s commissioned work will debut on “In Performance at the White House” tomorrow night. Actually, the format doesn’t support new and breakthrough music. But with Stevie Wonder in the House, it’s a whole new standard.

The website invites us to share our Stevie Wonder music memories. I have one memory of listening to “Living For the City” from Stevie’s “InnerVisions” while on an overnight bus trip from campus to New York City for spring break…..New York City….skyscrapers.

“In Performance at the White House – Celebrating the Music of Stevie Wonder: The Library of Congress Gershwin Prize,” Friday, February 26 at 8 PM on PBS (check local listings).

Two years ago I packed my video camera and accompanied my friend Johari Rashad and a suitcase of her prized homemade mini pound cakes to New Orleans for my first Mardi Gras ever. Johari was returning to NOLA, her adopted home city, to bring some comfort food to friends she hadn’t seen since before Katrina. I was documenting the return for my “What Ever Happened to Church Lady Cake” project. This is a media project documenting church ladies (and a few good men) who bake – from scratch! That’s what church lady cake is all about. Food as a ministry as well as comfort. Some of these ladies doctor up box mixes, so I’ve been asked to be flexible. I was raised among cake snobs. [Personally I’m a tart, pie, and soft cookie person.]

I’ve got to cut that video. I’ll post it on this blog this year. I’m committing to that.

Yesterday I got Pat Willard’s America Eats! in the mail. It’s a colleciton of food writing from the 1930s WPA (Works Progress Administration). Writers like Eudora Welty, Saul Bellow and Ralph Ellison were dispersed throughout the country to collect American culinary stories and history. The manuscript was never published, but Willard dove into the manuscript and America Eats! was published just last year.

I’m hoping this will jump start me to go back to the Church Ladies Cake project. I’ll read as if I’m eating sweet potato pie. 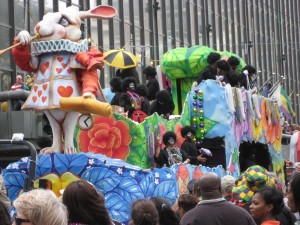 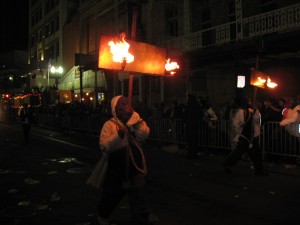 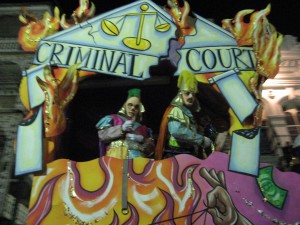 I actually enjoyed last night’s Academy Awards as a production. Hugh Jackman is a performer! I’d invite him back. The stage was amazing in a way that wasn’t over-the-top extravagant or one of those “looked good on paper” budget busting disasters. Crystal curtains are expensive, no doubt, but it was well worth the price.

I just took at look at the second floor show act with Beyonce Knowles. I’d recommend that she take jazz dance and Fosse technique classes. Her body doesn’t punctuate the music. This kind of dancing is not Vogueing, strutting, or pole dance grind. It’s a technique, and I’m not going to say it’s easy. Beyonce is always willing to do the work. So I’ll throw out that recommendation. In this case, I was watching Hugh Jackman and the chorus to take in the choreography. Like in “Cadillac Dreams” Beyonce disappeared for me when she was in a duet with a more experienced talent.

No anger about the winners. “Man On A Wire” won best documentary feature (about the French performance artist who did a high wire walk between the twin towers of the World Trade Center). Because there were no “Independent Lens” films in this category, I didn’t pay too much attention. 🙂

I actually liked the 5 presenters for the acting categories. You didn’t have to win to feel appreciated and honored with that format if you’re gracious about the results. I’d invite that format back to see if it plays a second time. The presenters were not announced in press releases, so the element of surprise played a role.

I didn’t see most of the movies, only “The Dark Night” and “Milk.” I applaud Sean Penn . I always do. I knew Heath Ledger was a shoe in for Best Supporting Actor. I don’t see this as a pitty award. He was brilliant in “The Dark Knight” as the Joker; dwarfed Jack Nicholson’s interpretation to a joke. Ledger’s death is a loss. I would’ve looked forward to his next film.

Kate Winslet’s acceptance speech was a personal moment that didn’t seem to impose on the public’s patience, and her father’s whistle puntuated it. I’ve heard more about “The Reader” as a book club pick than as a film. I’ll check my Netflix account after I finish this blog.

“Slumdog Millionaire” may have drawn criticism in India for its use of the word “dog” in the title and its lens on “what’s wrong” with India vs. “what’s right.” But I’m sure no one’s complaining too much about winning 8 Oscars including Best Director for Danny Boyle, and Best Picture. I’ll have to explore this one including the back stories and the controversies. I’m sure one of the questions on the table is how would this film have played with an Indian director and producer behind it? The Times of London hails it as leading last night’s “British Triumph.” Well, there you are. Regardless, I’ll add it to my Netflix basket. Friends who’ve seen “Slumdog Millionaire” have recommended it. ‘m just moved that mainstream is getting more and more global. There’s room for everybody.

Overall, no surprises, and a good show.

I have a low budget production coming up. I need to review the opening. I wonder if Hugh is taking this show on the road.

Washington, D.C. residents need your help tomorrow, Monday, February 23. Senate Bill 160, the DC House Voting Rights Act, is coming up for a vote. This bill will give Washington, DC residents a single representative vote in the U.S. Congress.

The DC House Voting Rights Act is a bipartisan legislation that would bring congressional voting representation to DC residents for the first time ever. Please note this is not a bill to make DC a state. There’s no need to worry about the stars coliding on the blue field. The DC Voting Rights Act will give DC residents what every citizen is entitled to — a voice/vote.

It’s as simple as this: DC residents pay taxes, they serve in the military, we have a national guard, we vote for POTUS, and all our decisions for us are made by someone else. That’s taxation without representation. Remember, the U.S. exists because of the founding fathers’ refusal to be taxed by a government that would not let citizens have a say in their own destiny and governance.

Please urge friends and family throughout the country to contact their Congressional representatives on Monday, Feb. 23 in support of the DC House Voting Rights Act (Senate Bill 160). The main Capitol switchboard is 202-225-3121. You can also write your representative through this link: https://writerep.house.gov/writerep/welcome.shtml

According to DC Vote, newly elected NC Senator Kay Hagan is undecided. If you have any friends or family in North Carolina, please ask them to contact Sen. Hagan’s office. North Carolinians should call her Raleigh office at 919-856-4630. Her e-mail address is Senator_Hagan@hagan.senate.gov and her Washington office is 202-224-6432.