> The Arts > The Eclectique Citizen: Writers, Artists, Poets…Contact Your Representative 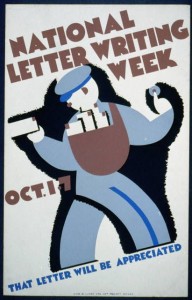