Freddie Hubbard was one of my favorite jazz trumpet players. You always knew he was in the room. Sassy and smooth; cool and funky. He could knock out a solo that would make your soul leap out of your chest; and he could jam with the best of the rest.

If ever you wanted to make friendly with a jazz musician, being a Freddie Hubbard fan was a sign you wuz no light weight. Freddie Hubbard died in Sherman Oaks, CA of complications from a heart attack he suffered in November. He was 70 years old.

We are losing the entertainment and inspiration we need more than ever during this terribly scary time. As we try to rebuild America’s image abroad, we are losing our most potent goodwill ambassadors. As we reshape our economy, we are losing the organizations that teach our children to think creatively. And as we celebrate the diversity of our nation, we are losing the voices that have traditionally helped change society’s thinking.

Community Cinema, the ITVS outreach initiative for the PBS series, “Independent Lens,” is presenting [FREE] community screenings and discussions of the documentary TULIA, TEXAS. Community Cinema holds monthly preview screenings across the country to encourage community dialogue on social issues and opportunities to get involved with local organizations and institutions.

ABOUT TULIA, TEXAS: A product of the nation’s “war on drugs,” narcotics agent Tom Coleman was hired to work undercover in a now-infamous drug sting operation in Tulia, Texas. On July 23, 1999, Coleman executed one of the biggest drug busts in Texas history; by the end of that blazing summer day, dozens of residents of the small farming town of Tulia had been rounded up and thrown behind bars. Thirty-nine of the 46 people accused of selling drugs to Coleman were African American. Directed by Cassandra Herrman and Kelly Whalen, TULIA, TEXAS will have its television premiere on the Emmy® Award–winning PBS series Independent Lens, hosted by Terrence Howard, in February, 2009 (check local listings).

A panel will follow the screenings featuring attorney William E. White who helped lead the legal team that represented the 39 African American defendants; Sanho Tree of the Institute for Policy Studies Drug Policy Project; Naomi Long of the Drug Policy Alliance Network for the DC Metro area; and Kara Gotsch of The Sentencing Project (community partner for the TULIA, TEXAS DC screenings)

The screenings are FREE and open to the general public. To reserve for the DC screenings, email tuliatx@communitycinema-dc.org.

WPFW-FM, D.C.’s Pacifica station, has been promoting the first screening in DC on its social justice calendar for the past several weeks. On Thursday, January 1 at 7 PM – that’s New Years Day – this blogger will be on “2K Nation,” WPFW’s teen public affairs program with Netfa Freeman, director of the Social Action and Leadership School for Activists (SALSA) to talk about the film and the Community Cinema series.

SALSA, along with WHUT, Busboys and Poets, the Washington DC Jewish Community Center, and WETA TV 26 are partners for the January screenings of TULIA, TEXAS in Washington, D.C.

For screenings in other communities (over 50), visit www.pbs.org/independentlens/getinvolved. 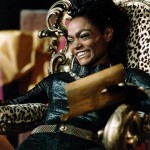 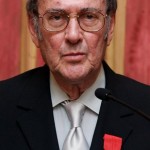