If you haven’t figured it out already, the 916 was created for this day. It’s this blogger’s birthday, it’s also Mexican Independence Day, it’s Hispanic Heritage Month. Last night I had the distinct honor and pleasure to say to Supreme Court Justice Sonia Sotomayor that at the moment we shook hands I have met all the women who have served on the U.S. Supreme Court. Justice Ruth Bader Ginsburg loves opera and is a fan of mezzo soprano Denyce Graves, so we’ve bumped into each other at recitals. I met former Justice Sandra Day O’Connor at a special event for KARAMAH: Muslim Women for Human Rights. She gave a lecture on the role and responsibilities of the court. She stuck around afterwards to break bread with everyone.

Justice Sotomayor and I definitely share one thing in common. Check it out here from last night’s Noche de Musical presented by the National Hispanic Foundation for the Arts (NHFA) at the Corcoran Gallery of Art. Her dance partner is actor Esai Morales (Brooklyn, NY), a co-founder of the NHFA. And that’s Bobby Sanabria leading the band. Echa!

My guess is the President’s weekly message is to put to rest the fears of persons who are insured and their insurers. If you enjoy your “pay-to-pay” option, you can keep it. But the options needs to be open to more people: for example people with pre-existing conditions. The “pay-to-pay” option should also cover some preventive procedures like check-ups, mammograms, colonoscopies and more. It’s reforming “pay-to-pay” to “pay-to-play.”

Over the past weeks the rumor mill and antics of anti-health care reform minions or hired guns would make “acting stupidly” the appropriate tag line for their efforts at town hall meetings to shout and shut down any and all steps towards a healthier and necessary change to the U.S. health insurance system. Some Medicare recipients don’t want government involvement. Well, duh, that’s what Medicare is, unless what these people want is to keep a good thing for themselves.

But in this week’s message there’s no mention of the public option, which means this Bud’s for the majority of citizens who have health insurance and are members of the church of “the devil I know.” As I’ve said before, this could all be solved quite easily if health care was not such a hugely profitable business.

Also in the news: Judge Sonia Sotomayor is sworn in today to serve on the U.S. Supreme Court, a job with great health insurance benefits she can keep for as long as she wants it. Sotomayor was confirmed Thursday by a Senate vote. You can read the breakdown of the vote here. Sonia Sotomayor will be the first Hispanic and the third woman to serve on the U.S. Supreme Court. Here’s a link to the text of the Oath of Office for the Supreme Court. She will be sworn in twice by Chief Justice John Roberts. I’m not making this up, but Roberts may require it. The first oath will be a private ceremony in the High Court; the second oath will be in the presence of Sotomayor’s family, friends, and the press. This will be the first swearing in of a U.S. Supreme Court judge in the court’s history open to television cameras. 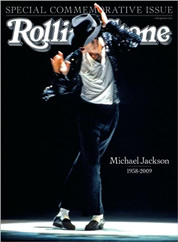 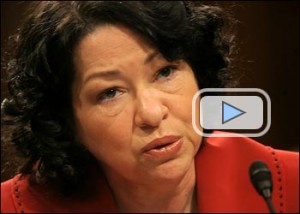