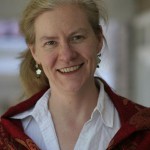 It’s been awhile since the last Eclectique Interview. This will be the second interview with a poet. That’s Sarah Browning, director of D.C. Poets Against the War and Split This Rock Poetry Festival. Sarah is also author of Whiskey in the Garden of Eden (The Word Works, 2007), and co-editor of D.C. Poets Against the War: An Anthology (Argonne House Press, 2004). She’s an active community organizer and poet (often at the same time). The Split This Rock Poetry Festival is coming up March 22-25, 2012. For 4 days the festival engages poetry as activism in community building, justice and social change. Yes, Virginia, and Maryland and all the states that surround the monumental colony we call, Washington, D.C. – the city is a poetry capital.

WHERE: Washington, DC – Multiple venues in the U Street Corridor and Columbia Heights. Visit the website at www.SplitThisRock.org for details.

SB: Split This Rock emerged from DC Poets Against the War, part of a national movement founded in response to President Bush’s drive to war with Iraq in 2003. Our local group united poets working in a variety of styles – across differences of race, ethnicity, age, gender, and sexual orientation – to speak out for alternatives to war and for a radical reorganization of our nation’s priorities.

As I discovered when I moved here, DC poets had always written with this clear-eyed. But they did not always have a platform from which to speak these truths. There were few institutions supporting and promoting this kind of poetry, poetry that bears witness to the injustices of the world and, through compelling and powerful language, provokes change.

We designed the first Split This Rock Poetry Festival to coincide with the fifth anniversary of the war in Iraq in March, 2008, and put out the call nationwide for poets and activists and dreamers to join us.

The response was so phenomenal. Hundreds of people from our city, our region, and throughout the country found the festival so necessary, that we went to work building a permanent home for socially engaged poets. In addition to presenting a biennial national festival (which is equal parts festival, conference, and political action), Split This Rock now also presents readings, workshops, and discussion series year-round, publishes poetry of provocation and witness in electronic forums, sponsors an extensive program for youth, including the DC Youth Slam Team, and spearheads campaigns to integrate poetry into public life.

E916: How did poetry become so popular in Washington, DC? What makes DC a poetry or a poetic city?

SB: DC has a long and rich poetic tradition, to which we are all the lucky heirs. Walt Whitman spent the Civil War years in the city and the Harlem Renaissance poetry movement was launched here by Langston Hughes, Georgia Douglas Johnson, Jean Toomer, and others. DC was home to influential Black Arts Movement poets Larry Neal, Gaston Neal, and Amos Zu-Bolton, among many others. Essex Hemphill was the best known Black gay poet of that gorgeous generation tragically lost to AIDS, those who came of age in the 1980s.

It’s no coincidence that most of these poets are African American, of course. Our city’s Black writers and artists have always nurtured and supported one another, developing a strong cultural voice that has been critical to the survival of the District’s Black community.

The District of course is also home to the federal government, an institution endlessly dissected and analyzed by the press and the popular imagination. Those of us who live here, in contrast, are often forgotten. We claim our place in the world, therefore, with poetry. Here is our story, our poems declare. Pay attention.

SB: I come from a family of poets and English professors, so it took awhile for me to accept that I had no alternative but to be a poet. I was busy differentiating myself by becoming a community organizer. But I discovered that I couldn’t do one without the other. I needed a creative life, a language with which to explore the complexities of the world, my relationship to the society in which I found myself, all the ways that history shapes us and frees us. I was almost 30 before I began calling myself a poet and found a way to put poetry at the center of my life.

With first DC Poets Against the War and now Split This Rock, I have found a way to unite these two commitments, to be a poet and an activist, to be undivided.

E916: Who are you looking forward to seeing at the festival? Give us a few highlights. Who’s coming to the event?

SB: Split This Rock 2012 features a spectacular line-up of poets! DC favorites Sonia Sanchez, Alice Walker, Kim Roberts, Venus Thrash, and Naomi Shihab Nye will be joined by poets new to most of us: Homero Aridjis, a leader of Mexico’s environmental movement; Sherwin Bitsui, a Navajo poet devoted to keeping Navajo language alive among the next generation; spoken word superstars Carlos Andrés Gómez and Rachel McKibbens; Khaled Mattawa, a Libyan who lived in exile in the United States for decades and now divides his time between his home country and the country that gave him asylum for so many years; Douglas Kearney, who’s both a hip hop head and an opera librettist; and more. 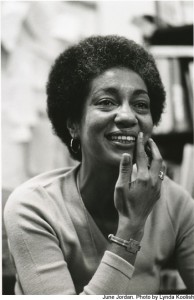 We’re also paying tribute to the life and work of poet-activist-essayist-teacher June Jordan during the festival, as 2012 will mark the 10th anniversary of her death. Several sessions will reflect on Jordan’s legacy, focusing on her writings on environmental justice, sexual violence, and creative resistance.

E916: How do we appreciate poem? Does a poem make its best impression when read on the page or read aloud?

SB: When we attend a live reading, we hope that several of our senses will be excited: the language will delight our ear (even if the topic is a difficult one); the music of the poem will tickle our rhythmic sense; and the eye will receive gifts from the poet himself. We also have the pleasure of a live, communal experience, the kind whose magic we know from musical and theatrical performances. We are both alone and in a crowd as we listen and watch.

When reading poetry on the page, on the other hand, we have the pleasure of solitary communion with the poem. We can take all the time we want with it, reread it, read it aloud, yell at it. The eye is the most essential organ to this experience: The poem’s form should inform its meaning. Every mark on the page asks a question, suggests a possible reading. Which is why poets are so meticulous, can struggle for years with a single poem. The possibilities are endless; English in particular has a huge vocabulary compared to many other languages. And so the poet seeks and keeps seeking the language, the form, to carry her vision into the world.

This year’s festival’s tag line is “Poetry by and for the 99%.” When and where does poetry occupy public space?

Poetry is everywhere! Poets have been occupying and occupiers have been writing poetry. A new anthology, Liberty’s Vigil: 99 Poets Among the 99%, has just been published by Michael Czarnecki’s FootHills Publishing. Split This Rock poets have led open mics and given workshops and slept out and marched alongside and been beaten alongside as well. We carry lines of poetry through the streets during demonstrations, we hand out poems, we recite poems into mics.

Yesterday, the cashier at the grocery store was moved to tears when I told him of reading poems in front of his country’s embassy, drawing attention to its repression of poets and activists. I cannot help him go home. I cannot help his family join him here. But on a busy day at Trader Joe’s, we will shake hands, and our tears will tell of the power of words, the essential place of poetry in making a better world. The Special Collections Research Center at GWU’s Gelman Library will honor E-bert! — that’s E. Ethelbert Miller on the first day of his 6th Inning (read 60th birthday). When Ethelbert invited me to moderate the panel of family and friends on his writers roots, I asked “This isn’t going to be a roast is it?” Fortunately not. The Gelman Library houses all of Ethelbert’s papers. The event features discussion and comments by Ethelbert and his family and friends about his journey as a writer, as well as an examination and assessment of his work and a poetry reading with Sandra Beasley, Naomi Ayala, Ken Carroll, and Brian Gilmore. Accompanying the event is the exhibit “Call and Response,” which explores Miller’s life, major works, and their impact on those around him, both inside and outside the writing community.

I bought a bottle of “Poets Row” chardonnay from Trader Joe’s to pair. For more information, go to this link.

Update: Note correction of the Busboys and Poets location
Saturday, November 20, there will be a 6th INNING celebration/fundraiser for Ethelbert at Busboys and Poets (5th & K Streets, NW – 1025 5th Street). Proceeds will benefit two organizations where Ethelbert chairs the board — Provisions Library and the Institute for Policy Studies. Contributions will be divided 50/50 between the two organizations. Donations are requested to be in denominations of $60 ($60, $120, $180, $600, $6,000 etc.). There will be cake! For more information, visit http://www.ips-dc.org/events/celebrate_e_ethelbert_millers_6th_inning_with_ips_and_provisions_library

I happen to be browsing on the JackandJill Politics blog, and decided to take a look at this Politico widget – The White House calendar. As my schedule is too full sometimes to commit to my blog as I’d like, I thought I’d take an easy out, copy some code.

7:47 tonight the President and the Vice President are hosting a poetry jam. Hmmm. I know E-bert would like that one. In 2003, then First Lady Laura Bush wanted to give poetry its due until the poets led by publisher Sam Hamill wanted to give the White House its poetic due about the Iraq war. And then there was none. The event was called off.

The Joint Congressional Committee on Inaugural Ceremonies has tapped poet, essayist, playwright, and teacher Elizabeth Alexander to deliver the inaugural poem January 20th. Alexander grew up in DC (Yay!). She teaches at Yale University and is a scholar of African American literature and culture. [Click on Alexander’s name above to visit her website.]

Poetry, I tell my students,
is idiosyncratic. Poetry

is where we are ourselves,
(though Sterling Brown said

for the shell that snaps,
emptying the proverbial pocketbook.

Poetry is what you find
in the dirt in the corner,

overhear on the bus, God
in the details, the only way

to get from here to there.
Poetry (and now my voice is rising)

Poetry (here I hear myself loudest)
is the human voice,

and are we not of interest to each other?