I kept my worlds very separate and I think when I first started thinking about trying to publish poetry I realized that the business and government worlds that I was functioning in, in a fairly high level, didn’t really respect people that engaged in the arts. And likewise, in artistic communities, people that have substantial jobs outside those artistic communities tend to be looked at with suspicion.

Michael Astrue nails it — a truth in the life of the artist who works in Washington, DC. Eventually the artist has to decide how he/she pulls off the work/art/life balancing act in a city that measures people by job titles, the hours you’re clocking on a day job, and if you’re creative or artistic, “Why aren’t you in New York or Los Angeles?” Anywhere but here where no one can see you struggle. Is this why Langston Hughes left on the first thing smokin’? The busboy comes out a poet. Why Zora eventually had to pack it in even though she claimed Washington for her cultural finishing. Why Walt Whitman did his Washington time for the good of the country during the Civil War which seemed to be good for the writing as well. A good government job will pay the bills while you burn the midnight oil to churn out the next….damn, I’m still at my computer at work. How did that happen? 20 years later? Do I have any vacation time left? 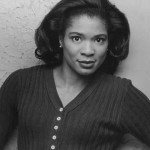