The full weight of the RNC legacy is on Michael Steele’s shoulders this month. Yesterday was the 200th birthday of the 16th President, Abraham Lincoln. It was also the 100th anniversary of the National Association for the Advancement of Colored People (NAACP), and February is Black History Month.

President Barack Obama, the first African American President of the United States, delivered a Lincoln Bicentennial address at the U.S. Capitol yesterday. Then it was off to Springfield, IL to the Abraham Lincoln Association Symposium Banquet for another bicentennial moment.

But what was the party of Lincoln up to? That is the Republican Party. Where were the red balloons and party hats? Did anyone order a cake? Does the RNC lay any claims on the legacy and Presidency of the great emancipator; the man who put everything on the line to preserve the union, i.e. the United States?

So I did a search and found a statement by Michael Steele, the first African American RNC chair, on YouTube.

The party of Lincoln’s time was what the RNC today would probably label as a liberal, left wing party. Before FDR, the Republican Party was the party of choice for most African Americans. Give people freedom and a vote, and you’ve built your political base. Democrats at the time were catering to the poltiics and sentiments of the old South which seems to hint at how the term “Dixiecrat” was coined. LBJ threw the Dixiecrats into the Republican base when he signed the Civil Rights Act of 1964.

Look through the roll call through the late 1950s and you’ll find many African Americans registered as Republicans, and that includes prominent civil rights activists. Some of these Republicans “pal’ed around” with Socialists and other political hot numbers spewing radical ideas of equality, equal access, and equal rights.

I find it very interesting in Michael Steele’s YouTube Lincoln bicentennial moment that he wants to build on the party of Lincoln vs. the Party of Ronald Reagan. If Steele doesn’t allow himself to carry the water for the old divisive and destructive ideas of his party; if he doesn’t play the game of black-on-black racially motivated attacks by the powers that be who want to hide their racist faces behind the black face (a classic tactic that probably doesn’t work the same way in the 21st century), who knows? Steele may be his party’s next emancipator. 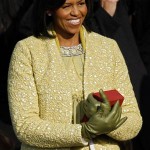 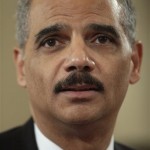 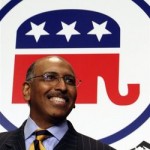