When Richard Wright came to Chicago from the South, he worked as a postman just before his first book was published. 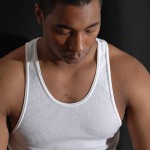 Rising from the Shreds
Easter Sunday, mezzo soprano Denyce Graves wore a dress given to her by the contralto Marian Anderson as she performed Anderson’s historic 1939 concert on the steps of the Lincoln Memorial. Two days before the event, Graves put Anderson’s dress into the dry cleaners for special handling and cleaning. It was returned in shreds. Fortunately this wardrobe malfunction happened under the counter. Like Cinderella’s fairy godmother, the costume teacher from the Duke Ellington School for the Arts and the crew from the Washington National Opera reconstructed the dress overnight before Sunday’s event. Ellington’s Beverly Johnson took a bow. Over 2,000 people showed up for the free concert which was followed by a ceremony for new citizens taking the oath of citizenship. A great day.

President Barack Obama Eases Some Travel Restrictions to Cuba
The embargo’s still on, but Cuban Americans don’t have to wait years to see their families, and some U.S. telecoms will be able to drop calls on the island. Only AT&T had service when I visited in 2000. The visit picked up for me once I got out of the tourist areas and into the neighborhoods. That’s how I met a photographer named Leslie Sinclair. Anyone with any interest in art, culture, jazz and getting around like a true native eventually hooked up with Leslie. He now lives in Switzerland with his wife and daughter. Below is a photo from Leslie’s portfolio. I’m still on the look-out for an exhibit space here in the U.S. to display his work. Click here for a 4.4 MB PDF sample (note: pdf quality does not accurately refelct photo quality). 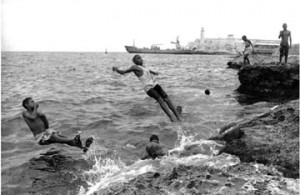 Sandra Cisneros’ The House On Mango Street turns 25!
25 years already??!! This is one of my favorite books. It’s a collection of short stories, actually vignettes about a young girl, Esperanza Cordera, growing up in Chicago. One of the vignettes is titled “Hips.”

One day you wake up and they are there. Ready and waiting like a new Buick with the keyes in the ignition. Ready to take you where?

One Book, One Chicago is celebrating with a city read of The House On Mango Street. Cisneros has a schedule of readings starting this month to mark the anniversary. Check out her website – www.sandracisneros.com.

Neverland Gets a Grown Up Dose of Today’s Reality
Maybe Peter Pan has joined the Navy SEALs, but Michael Jackson’s Neverland Ranch is being downsized and its contents auctioned. The “viewing” is today at the old Robinsons-May building. Admission is $20. Bids are already being taken at juliens-auctions.com. Expectations are high for a single glove to rake in $10,000 (minimum bid). Jackson’s debt is estimated at approximately $24 million.

The exhibition is loosely organized into three categories — stage wear and music memorabilia, toys and Disneyana, and furniture and decorative arts. There are numerous music honors — awards from People’s Choice, Billboard, the NAACP, MTV and more — record displays, a Madame Tussauds wax figure of the star and a letter from President Reagan. A ceremonial crown, scepter and faux ermine cape, cropped military jackets and costume brooches are reminders of Jackson’s 1980s fashion icon status.

As far as I’m concerned, this man-child Michael is still missing.

Update: Apparently the King of Pop gets to keep his treasures. Juliens Auction House has been told to “beat it” after reaching a settlement. But the “viewing” still goes on. It is now a “promotional exhibit.” Hmmm, I sense a little PR chain yanking here.