Culture always moves before politics. Think of how Jackie Robinson’s Major League debut preceded Brown vs. Board of Education, or how Ellen Degeneres’ coming-out preceded court rulings on same-sex marriage and “Don’t Ask Don’t Tell.” Cultural change is often the dress-rehearsal for political change. Or put in another way, political change is the final manifestation of cultural shifts that have already occurred.

— from an interview with Jeff Chang in Colorlines

Jeff Chang’s interview in Colorlines Magazine has been circulating for over a week — at least in my mailboxes and from mailboxes of friends and cohorts. Many know Jeff Chang as the guy who can explain Hip Hop culture and the generation to you (Can’t Stop Won’t Stop). This time Jeff nearly explains my eclectique916 blog to me — yep,

is bigger than politics.

…and below the fold, The President’s Weekly

After Tuesday’s mid term, President Obama offers the olive branch:
“Let’s start where we agree. All of us want certainty for middle-class Americans. None of us want them to wake up on January 1st with a higher tax bill. That’s why I believe we should permanently extend the Bush tax cuts for all families making less than $250,000 a year. That’s 98 percent of the American people.”

Then draws the line:
“…I don’t see how we can afford to borrow an additional $700 billion from other countries to make all the Bush tax cuts permanent, even for the wealthiest 2 percent of Americans.”

Republicans got the House; Democrats keep the Senate with a smaller majority. Who’s message was heard? The midterm elections were the most confusing in terms of messaging. Simple answer: someone won, someone lost. The same old speeches about “children are our future” just don’t do it for me. I heard the same platitudes when I was a child. Did my generation hit the skids? Did we get lost and now its time to move on? Cutting taxes and deficits simultaneously just doesn’t make good math or people sense to me. Are cuts for the services that support the unheard? Honestly, there’s very little I can do with “tax breaks,” except pay a utility bill or treat myself to an extra night or two of take out.

What did the winners win? A short lived victory lap. I hear the bubbles going flat fast in the champagne glasses.

Maybe the President will bring home treasures from the East. Wise men have to find a star. This trip to India has many layers, politically, economically, and culturally. It’s a country of past and future, of caste and color. To see the First Lady and the President in this narrative, changes India’s own narrative. 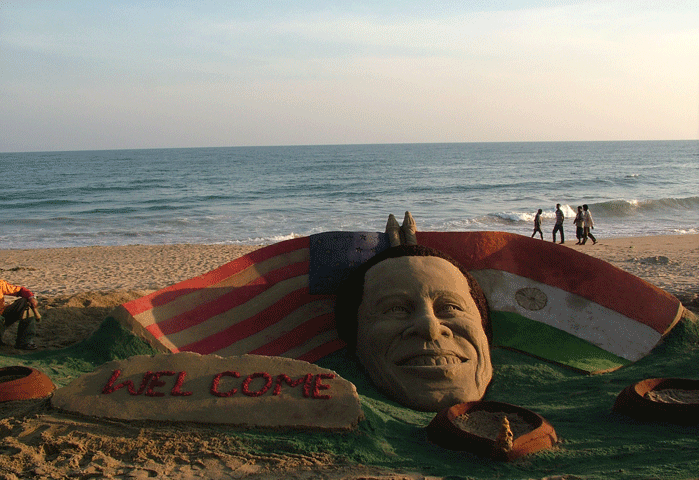 But as E-bert alludes, is this the dance for India and the drones for Pakistan? Is there no land for wise men? 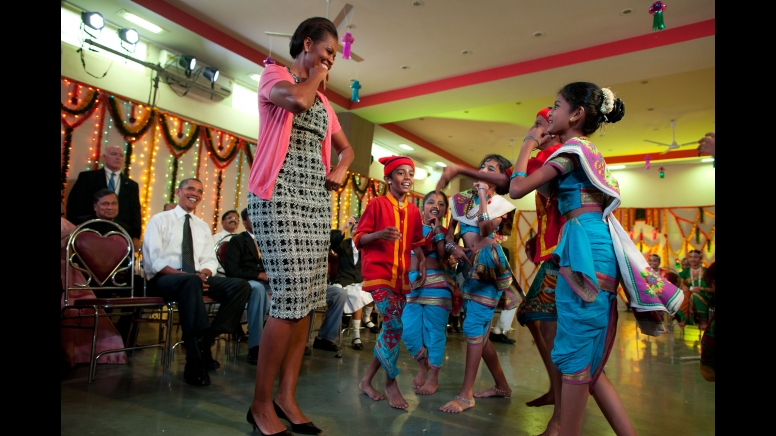