More for the eyes. “The Angle Show”, an eclectic docuseries, is created/produced by Gemal Woods of Park Triangle Productions.

Gemal Woods is doing something exciting out of his Park Triangle shop. And this blog has mentioned it before. It’s “The Angle.” A few weeks ago I went to check it out in person. Did I hear him say he has 2000 interviews recorded? Obviously there’s more to this than just an angle. I’m giving this “eclectic docuseries” some space on Eclectique916.com.

Busboys and Poets is featuring episodes of “The Angle” for their In Focus film series starting February 6 at the Hyattesville, MD location; February 12 at 14th & V (DC); February 19 at Shirlington, VA; and February 26 at 5th & K (DC). More information available on this link.

Stay tuned for “The Angle” on Eclectique916.com 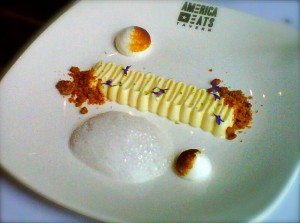