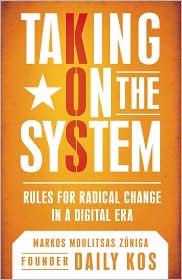 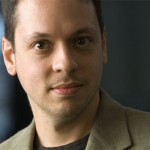 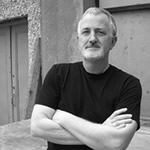 This week’s Community Organizers Hall of Famer (HOF) is alive and well and doing great things in Washington, DC. He is Robert Egger, founder and president of D.C. Central Kitchen just blocks away from the U.S. Capitol. D.C. Central Kitchen trains unemployed men and women in marketable culinary skills and converts foods donated by restuarants, hotels and caterers into balanced meals. Since opening in 1989, the Kitchen has distributed 17.4 million meals and helped over 605 men and women gain full-time employment.

I got a chance to visit with Robert at the D.C. Central Kitchen a week ago. High school volunteers, staff, chefs, nutritionists, and supporters who keep the kitchen’s burners going share this HOF highlight. I was impressed with the Kitchen’s social entrepreneurial model, and its direct outreach to the Hill across the aisles. Members of Congress and the Senate have walked through the Kitchen for more than a taste of what this organization can do and what needs to be done to address hunger in the United States. Robert is clear on mission and dishes equal portions of critique about service as seen in his commentary on the Service Nation Forum with candidates McCain and Obama (held in NYC 9/11/008). Go to www.robertegger.org for more blog entries and videos.

Some of the gains of Hobson’s work include dismantling discrimintion in hiring in Washington, DC [The first black busdrivers were hired as a result of a threatened boycott after successful boycotts on retailers.]; desegregating rental housing with the passing of a house ordinance by D.C. Commissioners; desegretating hospital wards. Below is a brief bio from the DC Public Library “Guide to the Papers of Julius Hobson”

Julius W. Hobson (1922 – 1977) was a civil rights leader whose political career grew out of his grass roots activism in the District of Columbia beginning in the 1950s. In the District, he worked for equity in public school funding and fair rental housing, opposed D.C. freeways and police brutality. He was PTA President at Slowe Elementary School (1953), President of the Woodridge Civic Association (1950 -1953), Vice President of the citywide Federation of Civic Associations (1955 -1957) and a member of the NAACP’s Executive Committee (1958). In 1961, leaders at the Congress of Racial Equality (CORE) selected Hobson as chair of their local chapter. In 1968, he was elected to the District’s Board of Education. In 1974, Hobson was elected councilman-at-large on the Statehood Party ticket in the first City Council election in the District in over a century. As a Councilman, Hobson continued to push for local educational reform, especially while serving as chair of the Educational and Youth Affairs Committee, as well as an end to all forms of racial discrimination in the District.

————
This blog is still accepting nominations for the Community Organizers Hall of Fame. Sign up and share.

I guess a small-town mayor is sort of like a “community organizer,” except that you have actual responsibilities.
Acceptance Speech – Sarah Palin, Republican Vice Presidential candidate – September 3, 2008

That’s why I felt compelled to set Gov. Palin straight with a Community Organizers Hall of Fame. Hope she stops by this site to check it out. All are welcome. I know I only have a few here. If you’d like to recommend a Community Organizer Hall of Famer, sign up on this blog and share. The list will be long I’m sure. I’ll try to accommodate as many as I can.

Benjamin Franklin (1706 – 1790) founded the first public library and the first organized volunteer fire department in the United States. Also a “founding father” if you haven’t heard.

Susan B. Anthony (1820 – 1906) The 19th Amendment giving women the vote was the result of the work of Susan B. Anthony’s and other community organizing women and concerned men in the U.S. seeking civil and political rights for women. Sarah Palin should be grateful for the “responsibiltiies Anthony and her colleagues took on for her benefit.”

Jane Addams (1860 – 1935) First woman to receive the Nobel Peace Prize in 1931. Founder with Ellen G. Starr of Hull House, a settlement house in Chicago to improve the conditions of people, primarily new Americans, living in the industrial district. Hull House was host to 2000 people each week.

Martin Luther King, Jr. (1929 -1968) Minister, organizer, activist and a leader of the civil rights movement that resulted in the Civil Rights Act (1964) and Voting Rights Act (1965) signed into law by President Lydon B. Johnson. Youngest person to receive the Nobel Peace Prize.

Mary Harris “Mother” Jones (1837-1930) Fought for better working conditions for miners at the risk of her own life and attracted attention to the cause of abolishing child labor in 1903. She led a march of 100 children up to the doorstep of President Theodore Roosevelt’s Long Island home.

Ida B. Wells (1862 – 1931) As a journalist and owner of her own newspaper, Ida B. Wells launched an anti-lynching campaign that extended to abolitionists in the United Kingdom. Ida B. Wells and Jane Addams blocked the establishment of segregated schools in Chicago. She was a suffragist, founder of the National Association for the Advancement of Colored People (NAACP), and was the first African American woman to run for public office (Illinois State legistlator).