New voter ID laws in Pennsylvania and other states are intended to have a political impact on the upcoming elections by removing registered voters who can swing the results in a certain direction.The voter ID requirement comes at a time when there has been no real threat or serious evidence of voter fraud. There are costs involved in obtaining the proper ID (if you can) starting with a birth certificate. The National Council of State Legislatures has a map illustrating voting requirements by state and color coded on the basis of strict photo id, non-photo id, no id, and no vo voter ID law.

Note, Texas passed a strict voter ID law in 2011, but it has been blocked by the Department of Justice. Of course, the block has been interpreted by lawmakers in Texas as a way of giving the sitting President an unfair advantage. The assumption that the more people vote the more they will vote a certain way; or the more certain people vote, the more certain of the outcome?

Bill Moyers & Company posted this web extra as a follow up to Moyers’ interview with Keesha Gaskins and Michael Waldman of the Brennan Center for Justice about new voter ID and other election laws “that keep the young, elderly, minorities and the poor from exercising one of the most fundamental American rights.” 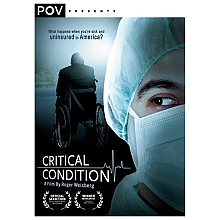 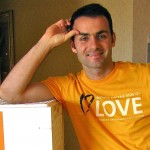 What the world needs now are jobs sweet jobs. Somewhere I heard there was rioting in Iceland because of high unemployment. Why didn’t the established media report on this or the fact that the financial collapse in Iceland resulted in a new election? Maybe it’s because if the conflict is in the details of the stimulus bill, and if derailing the bill makes good copy — so we feature more politicians who are against the stimulus than for it — then we will have the drama of Iceland and Greece here at home. Bad for the country but great for ratings.

The established media isn’t about prevention. (please read my sarcasm or HOLD MY EARRINGS!). Also check out this interview on “Bill Moyers Journal” (2/6/09) with Jay Rosen (PressThink) and Glenn Greenwald (Salon.com) – “Is the established press preventing political change.” I took away the question mark on purpose.

Somwhere I heard an American was travelling in Korea. They were on a train and noticed all their fellow passengers talking on their cell phones while the train was travelling through a long tunnel. Gee, I can’t even get cell phone service in an elevator. The stimulus talks about building and improving infrastructure. The U.S. is still partying like it’s 1999. Everyone else has left the building.