The days after the Boston Marathan bombing, I felt lifeless everywhere except my legs. I buried myself in work, but my thoughts were locked on wanting to know Who did it? How? and Why? Every day was lived out in fragments — things to do, check the news, calls to make, check the news, check in with E-Bert, check the news. I made time to exercise — it helps get oxygen to the brain. Shakes down emotional baggage. Never have I felt the weight, energy and aliveness of my ability to run, walk, stoop or sit. This was after having seen photos online of the carnage of bombing victims, limbs lost when only minutes earlier, these men and women were walking, running, or simply standing or sitting with legs crossed. I can only imagine their lives now if they survived at all.

Suspects have been identified. The questions remain.

Is it time to pull the plug on 24/7 cable news [CNN]? Too much time to fill and report wrong information.

How will the bombing affect the future of the Boston Marathon? The marathon will go on. It’s had its history of controversy (Katherine Switzer, the first woman to run the marathon – 1967), but not of this magnitude. What will this chapter compell next year’s marathon runners to meet the challenge?

Chechnya? Should we review the 2003 Moscow theater hostage crisis?

What happens to the people who were falsely accused (New York Post, Reddit)? Their lives will not be the same or safe for some time, I’m sure. I guess for the Murdoch corporation which also owns Fox, comedy is stranger than truth (see below). Reddit has issued an apology and a help chat for the person their news service mis-identified as a suspect.

Will religious affiliation be part of our personal pro-files? Attacks and bogus home inspections of Muslim residents in Massachusetts were reported while suspects were still at large.

How do the suspects in the Boston Marathon bombing affect the immigration debate?

Does technology make us feel safer? Are we as smart as we appear to be in the movies?

Will anyone see this movie [“The Company You Keep”] now?

If the numbers support that the majority of mass murders are carried out by one gender, will there ever be a serious study of the male genetic, psychological, social construct before the human species becomes extinct? Even some of the caring men I know brush this one off as “it is what it is” therefore, a man has to lead this discussion very seriously.

Lockdowns – a new norm? I don’t get out much anyway.

Where do we start to build community? So many ways to keep us apart.

This is the White House Live. At approximately 1:15 PM, the President will make an important announcement from the Office of Homeland Security about immigration and the status for persons who came into the country under the age of 16. If these individuals meet the criteria as established by Homeland Security, they can apply for work permits whether they are in removal proceedings or not.

Have questions about the announcement? Ask on Twitter with the hashtag #WHChat. Today at 2:00 PM ET, Felicia Escobar, senior policy director for immigration, will answer live during a special session of White House Office Hours. What twitter feed at @WHLive.

Very few people will say this, but this has been a big week for President Obama. The “Big Deal” tax cuts are moving forward, and today’s Senate vote (61 – 35) to repeal Don’t Ask, Don’t Tell was yet another victory for the Obama administration. Critics of the administration’s slow peddling, DOJ filings against court actions, and the refusal to issue an executive order to repeal on DADT fell on deaf ears. It was an act of Congress that was and always has been the goal of the administration on this issue. And now there’s no turning back.

Now as for “The Dream Act”….(Development, Relief and Education for Alien Minors Act)…Sigh. Sadly 5 Democrats bailed on Harry Reid and the debate is shut down. Senator Dick Durbin (D) of Illinois was not one of them. He’s posted moving stories of “Dreamers” on this site. I guess the Senate vote says “Keep dreamin'”

Oh, and there’s that START thing (per the President’s Weekly below — Transcript here).


Text of OFA email about DADT:

When that bill reaches my desk, I will sign it, and this discriminatory law will be repealed.

Gay and lesbian service members — brave Americans who enable our freedoms — will no longer have to hide who they are.

The fight for civil rights, a struggle that continues, will no longer include this one.

This victory belongs to you. Without your commitment, the promise I made as a candidate would have remained just that.

Instead, you helped prove again that no one should underestimate this movement. Every phone call to a senator on the fence, every letter to the editor in a local paper, and every message in a congressional inbox makes it clear to those who would stand in the way of justice: We will not quit.

This victory also belongs to Senator Harry Reid, Speaker Nancy Pelosi, and our many allies in Congress who refused to let politics get in the way of what was right.

Like you, they never gave up, and I want them to know how grateful we are for that commitment.

Will you join me in thanking them by adding your name to Organizing for America’s letter?

I will make sure these messages are delivered — you can also add a comment about what the repeal of “Don’t Ask, Don’t Tell” means to you.

As Commander in Chief, I fought to repeal “Don’t Ask, Don’t Tell” because it weakens our national security and military readiness. It violates the fundamental American principles of equality and fairness.

But this victory is also personal.

I will never know what it feels like to be discriminated against because of my sexual orientation.

But I know my story would not be possible without the sacrifice and struggle of those who came before me — many I will never meet, and can never thank.

I know this repeal is a crucial step for civil rights, and that it strengthens our military and national security. I know it is the right thing to do.

But the rightness of our cause does not guarantee success, and today, celebration of this historic step forward is tempered by the defeat of another — the DREAM Act. I am incredibly disappointed that a minority of senators refused to move forward on this important, commonsense reform that most Americans understand is the right thing for our country. On this issue, our work must continue.

Today, I’m proud that we took these fights on. 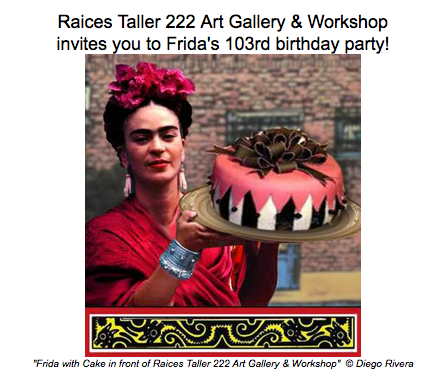 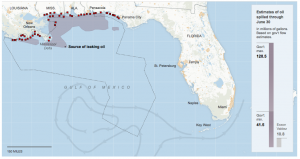 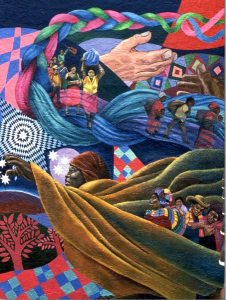