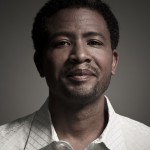 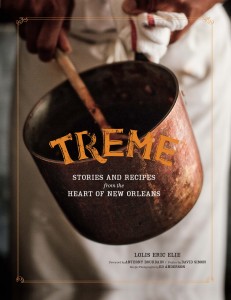 It’s the 4th day of Christmas. Where are my calling birds?

Last week I noticed a front-page story on the “Express” newspaper about holiday gift giving may be postponed until after December 25th due to the economy and the anticipation of deep price cuts for consumer items. Fortunately, this all fits in perfectly if you’re expanding and bringing “diversity” into your holiday.

Today is the 8th and final day of Hanukkah. Hanukkah celebrates the triumph and miracle of the light over darkness. The Hanukkah story is a war story from over 21 centuries ago. The unarmed Maccabees defeated the great Syrian Greek army who ruled much of what is called the “holy land.” These former rulers defiled the Jewish temple. After the battle was won (considered a miracle), the temple was rededicated but there was not enough oil to light the holy temple. The little oil there was available astonished everyone when it burned for 8 nights. No gifts are required, but if one must “tis the season,” it’s usually a token.

Today is the 3rd day of Kwanzaa: Ujima (collective work and responsibility). This 7 day African American celebration of the values and/or principles that nourish and uplift family, community, and culture has a gift giving finale on January 1, New Year’s Day for Kuumba, the 7th principle meaning “creativity.” The official Kwanzaa site has gift recommendations:

The Twelve Days of Christmas is more than just a jolly song. Christmas Day all the way through January 6 (Three Kings Day) celebrate the birth of Jesus and the visit of the three kings or magi who brought gifts to the infant. Three Kings Day, Twelfth Night or Epiphany is a Christian holiday celebrated in Latin America, the Caribbean, and Europe. It marks the official end of the Christmas season. According to the LA Times, Mexican shoppers are feeling the pinch to meet children’s expectations for Reyes Magos, even with the lure of sales after January 1. The three Kings were named Caspar, Melchior, and Balthazar from Ethiopia. It’s hard to believe there’s no one in Mexico or Spain who can play Balthazar in the 21st century without resorting to this:

After January 6, it’s time to gear up for Mardi Gras. The King Cake has a plastic toy baby baked inside. Whoever gets the slice with the toy infant buys next year’s King cake. Fat Tuesday is February 21. I’ve done the New Orleans Mardi Gras. I put the crowds into two categories: for tourists, it’s a wild party. For locals, it’s a time to get together with family watch the parades, cook up some food, and have folks over. To be honest, I didn’t fee safe around the tourists. And I’m from DC.

But I was there with a friend bearing gifts of pound cake as you’ll see in the video from the Church Lady Cake Diaries. Happy Holidays!

Today I wore my “We’re Back” cap from the 2007 Mardi Gras in NOLA and added some golden yellow and green to the attire to pay homage to the survivors of and recovery from Hurricane Katrina. President Obama, Michelle and their daughters made a post-vacation stop to Xavier College today. For several years, volunteers in partnership with communities have committed to the rebuilding efforts in New Orleans now becoming an example of both natural disaster and government response failures and recoveries.

And this past week, for the 5th anniversary of Katrina, HBO released Spike Lee‘s sequel to “When the Levees Broke” – “If God Is Willing and Da Creek Don’t Rise.” It covers the one-two punch on New Orleans from Katrina to BP to the extent of the recovery for some, definitely not for all. We know these things take time and a serious dedication to get the job done. But the aftershocks on the human psyche will need more than just air time.

THE PRESIDENT’S WEEKLY
As combat operations officially, if not technically, come to a close in Iraq, the President preps Americans for returning soldiers. Veterans benefits which include rehabilitation, job, education, health and accessibility services will have to be seriously revamped for the men and women returning from both Iraq and Afghanistan. The President specifically mentions expanding VA health care and hosptials to look after the “unique needs of female veterans.” The President also mentions “new resources to job training and placement.” Employers are requested by law to hold positions open for reservists, but often that isn’t guaranteed.

I’ve directed the federal government to hire more veterans, including disabled veterans, and I encourage every business in America to follow suit. This new generation of veterans has proven itself to be a new generation of leaders. They have unmatched training and skills; they’re ready to work; and our country is stronger when we tap their extraordinary talents.

It took nearly 20 years for people to take Vietnam veterans’ post-war distresses seriously; several years before Gulf War syndrome was not treated like some form of imaginary shell shock. Employers, health professionals, the VA, DoD, and local communities will have to do more than wave flags when these soldiers return home. 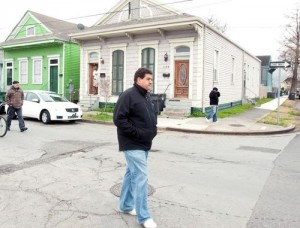