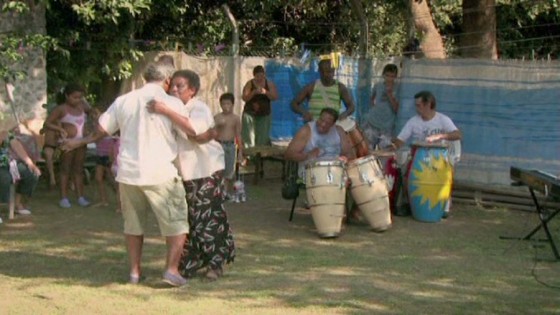 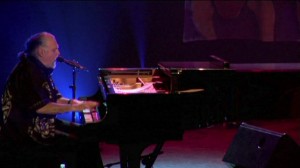 This year, the Nobel Foundation awarded five prizes to women in science, literature, and economics, bringing the Foundation’s total to 41 women Nobel Laureates since its founding in 1901. Scientist Marie Curie was the first woman Nobel Laureate in 1903.

Perhaps Larry Summers should accompany President Barack Obama to the award ceremonies in Stockholm. Elinor Ostrom is the first woman to win the prize for economics. However she and Summers fall into different categories on the topic. Ostrom is not a strict, by the numbers economist and she doesn’t directly deal with Wall Street. She’s actually a political scientist and on the faculty at Indiana University in Bloomington. Ostrom is one of the founders of the university’s Workshop in Political Theory and Policy Analysis which has an interesting website.

Ostrom won the Nobel prize for her work and analysis of “economic governance, especially the commons.” The upside of the Nobel prize announcements is for the curious eclectic, it provides an opportunity to learn something new. “The commons” or “common pool resources” per Ostrom is defined as natural resources like forests, fisheries, oil fields, grazing lands and irrigation systems; resources used many individuals with a common purpose. Single private ownership and government or centralized regulations haven’t been the best solutions for protecting and managing these resources. Ostrom suggests management by a cooperative consisting of the resource users themselves. Sounds like a stewardship. I guess when a group of individuals benefit and are invested, all become accountable. Ostrom wrote a study, Governing the Commons, in 1990 aimed at policy makers on the topic. A book review is available here.

Yesterday morning Elinor Ostrom was #1 on the Google trends. Her “Hotness” rating was “Volcanic.” Number 2 was Oliver Williamson who shares the Nobel award with Ostrom for economics.

I had every intention to post something about the passing of Mercedes Sosa on this blog. While in Buenos Aires, Argentina, I purchased one of her CDs — a recording of a live concert in the Teatro Opera in Buenos Aires. The fact that they sold her CDs was a clear sign things had changed since the 1970s. She died October 4 at the age of 74.

Mercedes Sosa was born on July 9 1935 in San Miguel de Tucumán in Argentina’s Northwest, to a working class family with French and Quechuan/indigenous roots. Sosa embraced the folk music of her country. Her first recording was a collection of Argentine folk songs. Sosa added other composers from Brazil and Cuba to her repertoire. She was called “La Negra” by her fans– once again, “Little Black One” is a term of endearment in Latin culture.

During the military junta in Argentina, Sosa and her audience were arrested during a concert in 1979. She was released but officially banned. Sosa went into exile in Europe. She returned in 1982 just months before the military government collapsed. The recording I bought in Argentina was one of if not her first concert in her native country after that return. There’s an undercurrent sound of triumph from both the audience and the performers.

I knew Sosa through folk music festivals particularly festivals featuring women performers. She was a regular. I knew she lived in exile for years barely escaping Argentina’s “dirty war”. She was a UNESCO goodwill ambassador and set her life and career to give voice to the poor and “the voiceless”

One of my favorite songs from Argentina is “Solo le pido a Dios” by Leon Gieco (also of Argentina). The song basically says, “I beg God that I’ll never be indifferent to pain or injustice….” On the live recording Gieco performs it with Sosa who sings the lyrics. If you know the words you can’t help but join in. Fortunately, I found a YouTube video of their performance with English subtitles. It’s prayer set to music.