He was serious and demanding in that way that American Idol contestants would have seen as bullying. There was a saying about his studio: “You don’t just sweat. You are sweat.” But you knew if you 1/2 stepped with the drum, with your movement, you were not giving the ancestors or the culture the respect, honor, and gratitude they deserved.

Reflecting on where my head was in January 2021. It’s now September. I’ve been in that changed world that I said I was ready for but am still navigating (the good and the challenging). What I wrote earlier this year still resonates with me. 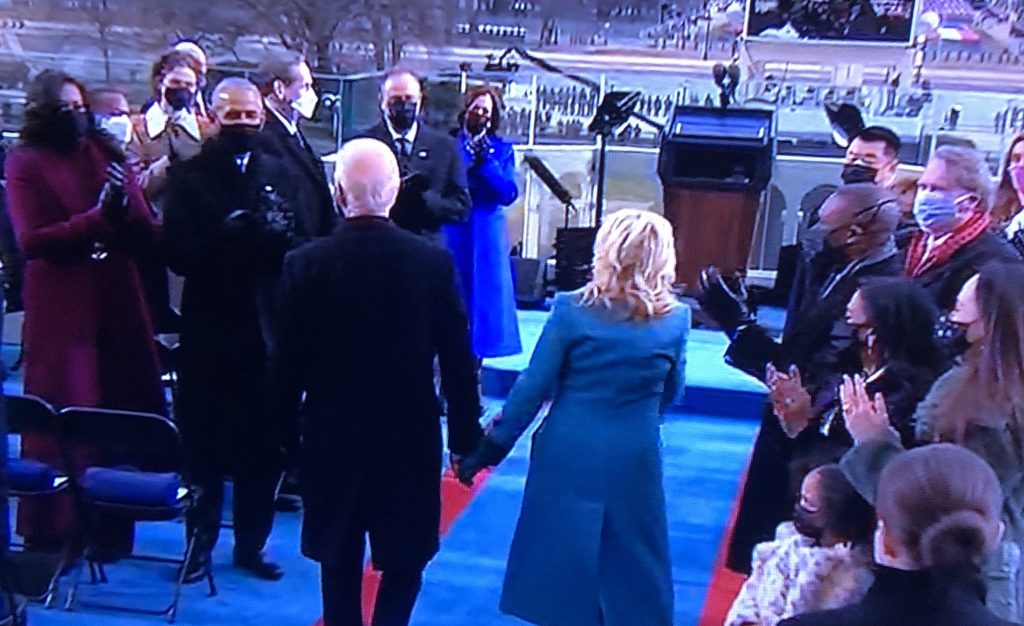 In March 2020, as the COVID pandemic was about to take hold and the patchwork of protocols were put in place, I was anticipating a giant shift. “I don’t want to go back to the way it was” became a mantra. It’s been like that. On the morning of January 20, 2021 when Joe Biden and Kamala Harris were inaugurated as POTUS and VPOTUS I took a breath and wrote this FB post:

COVID revealed it all for those who chose not to acknowledge. This is who we’ve been but we don’t need or have to be. I want the nation to move from exceptionalism, fear and scarcity mentality. Time to throw out the old garbage thinking. Clean up the mess. It’s a new century. The old one has shown us its back.

It had been two weeks since the insurrectionist attack on the U.S. Capitol by supporters of now former President Donald Trump to overturn the election while the U.S. Congress was certifying the votes on January 6 per the laws of the U.S. Constitution. We are still in a pandemic. As I am writing this post I had to stop to answer a phone call from a relative about another death in the family. More people are being infected and dying of COVID in the U.S. due to the negligence of the previous administration and the lies that have not only turned against itself but may damage our ability to discern the truth especially when someone doesn’t get the result they want. The former President set the Big Lie stage throughout his political career.

But truth prevailed. Democracy hung in there once more. The electoral votes were certified. We inaugurated a new President. I was an enthusiastic supporter of then Vice Presidential candidate Joseph Biden and Presidential candidate Barack Obama in 2008. It was the first political campaign I committed every inch of my being to, going way outside my comfort zones and all the way to the DNC convention in Denver, CO, my first party convention.

Over the past four years we found out that Presidents have effective power when they are enabled by others. I held my breath inauguration day until the plane carrying a soon-to-be former President Donald J. Trump left my DC airspace from Andrews.

I exhaled, not out of relief but out of “what now?” My DC was covered in National Guard camouflage, more troops than in Afghanistan and Iraq combined. I drew some comfort in seeing the tradition, ceremony, symbolism of inaugurating a President despite all the agony we’re enduring. There is a place for continuity but now is not the time to rely so strongly on what has always been. Now more than ever we can’t go back.