Everything can be taken from a man but . . .
the last of the human freedoms–to choose
one’s attitude in any given set of circum-
stances, to choose one’s own way. 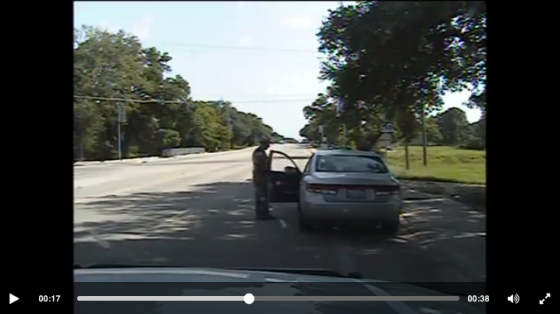 I wonder what kind of day Texas State Trooper Brian Encinio was having before he spotted Sandra Bland’s Hyundai and pulled her over for not signaling a lane change. Did he wake up angry that morning after an argument the night before? Did someone leave a note, or send a text that rattled his nerves? Or just “ghosted” him? Was this Encino’s first arrest of the day? Or was it a rough ride all the way up to this point? Is he being hounded by creditors for student loans? Is someone he cares about sick? It was after 3 PM July 10. What was the temperature in Houston (93 degrees) Did he eat a good breakfast and/or lunch that day? Does he hate cigarette smoke?

I stopped the video right after he opened the car door.