Lou Reed was one of those artists I’ve had enormous respect for even if I didn’t listen to him 24/7. But last week I picked up Lou Reed on the Spotify radio feed. What an influence he had on contemporary acoustic — lyrics and sound as poetry. Little did I know he would be dead as of yesterday, October 27. 71 may be a ripe old age for members of the Velvet Underground. Hopefully Reed’s music will not die. Rolling Stone magazine has published 20 Essential Tracks

He had a great run!

Ask the ghosts of U.S. history who physically built this country: Black slave labor. While some question the timing and frequency of films and other media thematically focused on slavery in the United States, the stories and the attention given to “12 Years a Slave” and tonight’s premiere of the PBS documentary mini-series “African Americans: Many Rivers to Cross” hosted by Harvard professor Henry Louis “Skip” Gates (who was also the historical consultant for the previous film), may be paving the way for making the case for reparations.

“12 Years a Slave,” to director Steve McQueen’s credit, gets into slavery’s head and the psychological, physical, spiritual and emotional damage it inflicts on enslaved peoples. A free Black man named Solomon Northrup (Chiwetel Ejiofor) is kidnapped and literally sold “down the river” into slavery. At a preview of his PBS mini-series, Skip Gates said “I would’ve failed slavery.” Would he? Solomon knew what it was to be free; that knowledge kept slavery from getting inside his head and crushing his identity. The film’s narrative follows Solomon like “a day in the life” of his fight to keep his core identity in tact in a world that benefits from breaking spirits and all remnants of human being-ness and dignity with the whip and God. Reactions of audiences of all races who’ve seen the film range from “damn shame” head shaking, anger, poignant silence, to out right sobs during the credit roll.

I wonder why I coudln’t get more excited this year about the 150th Anniversary of the Emancipation Proclamation. It was a great thing. Or perhaps I’ve come to the thinking, Emancipation isn’t enough especially when it doesn’t even include an apology for slavery’s “crimes against humanity.” What guarantees did freedom bring without resources and the protection of the law to repair the damage, prevent further abuse, and allow for people to build a life?

reparation
1. the action of making amends for a wrong one has done, by providing payment or other assistance to those who have been wronged:
the courts required a convicted offender to make financial reparation to his victim
(reparations) the compensation for war damage paid by a defeated state:
the Treaty of Versailles imposed heavy reparations and restrictions on Germany
2. archaic the action of repairing something:
the old hall was pulled down to avoid the cost of reparation

At this moment 14 Caribbean nations are seeking an apology and reparations from Britain, France, and the Netherlands for lasting damage of slavery on their people and their country from the former colonial rulers. The fact that this is being reported in the New York Times and not on “alternative” internet publications reposted on Facebook, may signal the impact of “12 Years a Slave.” But the New York Times doesn’t raise hopes for compensation — do they dare? (Who knows what you’ll find when you follow the money) Reparation compensations were reserved for slave owners not their former slaves from which they got generations of free labor. And courts will make the case that one cannot dispute a slave law that was legal in its time. A form of amnesty.

In its time when owning a human being is legal, how the owner treats its human “property” weighs more on the conscience in these films, than seeing or describing the actual physical labor exploited by white slave owners and overseers. It’s no accident that in this clip featuring Skip Gates with Edward Ball, author of “Slaves in the Family” you get some actual accounting (read numbers) of how a white man in America can prosper from black slave labor. Slavery got into Edward Ball’s head, and in our time maybe more.

NOTE: By the way, to PBS’s credit, “American Playhouse,” the American drama series featured “Solomon Northup’s Odyssey” starring Avery Brooks as Solomon Northrup. The television film was produced in 1984 and directed by Gordon Parks. “American Playhouse” was ahead of its time for television drama that raised the bar on the “movie-of-the-week format” But timing seems to be everything.

There’s always been the great divide between “Washington” and “D.C.” People who come to work in Washington, are discouraged to engage in D.C. People who come to D.C., want to do more than just take a walk across the National Mall and barhop with Hill staffers. While the politicians spin, students in D.C. are expected to show up to class, baristas are still at their stations, public libraries are open, historic houses, private small and large galleries are still hosting tours, local restaurants still have their regulars popping in. When Washington shuts down, D.C. stays open. 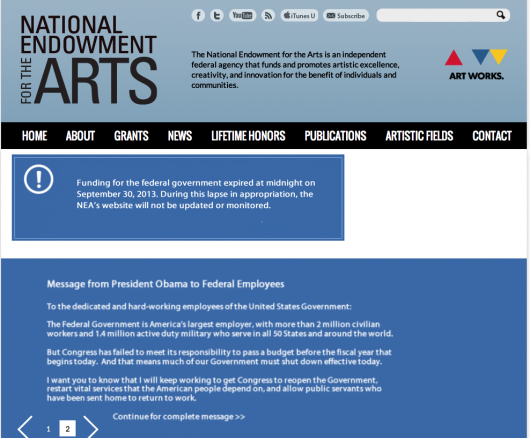