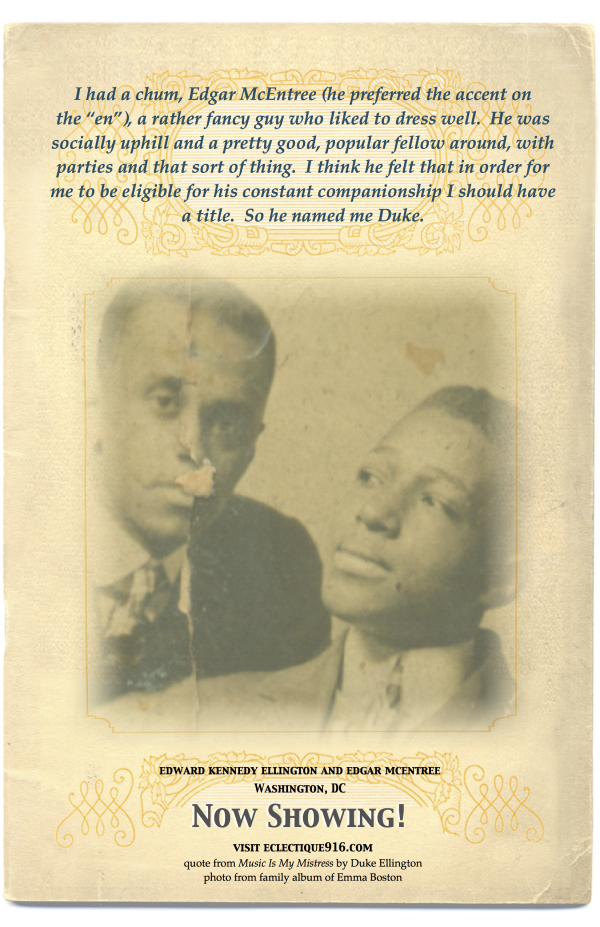 Yes, Edward Kennedy Ellington was a teenager in Washington, DC. He played music at parties. He attended Armstrong High School. He had a job at the Griffith Stadium. He was a visual artist as well as a musician. And he had friends. He had a best friend named Edgar McEntree. The two young men took this photo which was in my late aunt’s photo album. Edgar was her uncle. Two days ago, Edward Kennedy “Duke” Ellington would’ve been 114 years old. You never hear the story of Edward and his “friend, crony, and buddy” Edgar except in Ellington’s own words. I have no idea what became of Edgar McEntree who gave Edward the name “Duke.” I’m sure New Yorkers took the credit for giving this stylish musical Washingtonian a title. No. Edward was “Duke” before there was a “Renaissance.”