> The Arts > Books > Turning the page….Will the book festival be next? 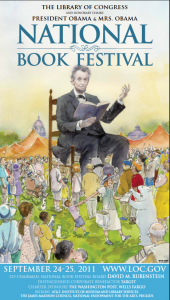