> Politics > The Lady in Red at the State Dinner 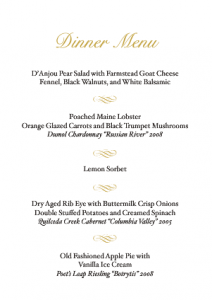