> Politics > The Congress Giveth…and the 112th Taketh Away 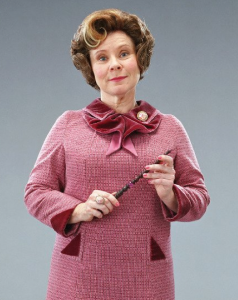 DAY 1: Has the 112th Congress been taken over by Dolores Umbridge?

WASHINGTON, DC — Congresswoman Eleanor Holmes Norton’s (D-DC) motion to overturn the House rule that eliminated delegate voting became the first recorded vote of the 112th Congress. The Democratic minority could not prevail in this effort to refer the new House rules to a special committee, but the motion served the important purpose of permitting Democrats to openly protest for the record the elimination of voting rights for the American citizens who reside in the District of Columbia and the territories. The 225 to 188 vote occurred, as predicted, along party lines, but it put Democrats on record, unanimously, supporting voting rights, while Republicans, unanimously, opposed a vote that was declared constitutional in 1993 by a federal district court and in 1994 on appeal.

Residents of the District of Columbia pay both local (aka state) and federal taxes that support this Congress to take away its vote.

Despite the non-partisan Congressional Budget Office’s report saying that repealing the healthcare reform signed into law by President Obama would raise the deficit by $230 billion over ten years, the Republican led Congress (with the mandate to reduce the deficit) has offered neither an alternative or put repeal with other “Cut-Go” items on the “to do” list. The health care repeal and replace debate was opened by Congressman David Drier (R-CA). At the moment I’m trying to figure out how healthcare reform works. A repeal right now will be more like Cut-Choke! As I’ve said, how do you know if it hasn’t even been tried and tested.

Stay tuned and keep up-to-date on the 112th Congress via opencongress.org.