It’s primary day in DC. We’ve had early voting for some time, so turn out at some of the precincts may be or perceived as low. Primaries are serious business for DC Democrats. For awhile it looked as if Mayor Adrian Fenty was in single man race. That is until Council Chair Vincent “Vince” Gray decided to hit the asphalt. Despite Mayor Fenty’s “results” oriented leadership style, he’s been in the race of his political life over the past few months – at least as Mayor.

First, there are several candidates on the ballot for the Democratic Mayoral primary. Only two have been in the spotlight.

Some call this a contest of personalities. Others may make it a mandate on Mayor Fenty’s school chancellor Michelle Rhee. Though she has garnered national praise, it doesn’t appear to translate among the people where she’s doing the actual work. As for this blogger, when polled by the Washington Post about the chancellor’s effectiveness, I responded “It’s too soon to tell.” However, it’s my thinking that in a results-oriented environment making test scores the proof of success or failure, the chancellor’s fourth year will bring the question back from the classroom to the main office. 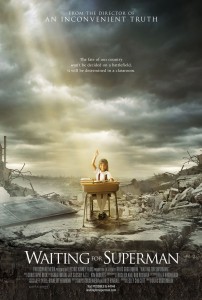 The chancellor took to the campaign trail with Mayor Fenty, an unusual and unorthodox political move for someone in her position. I’ve always found it odd, the Mayor’s narrative is rarely tied to the chancellor’s. Rhee was Mayor Fenty’s choice when he was elected. Former city administrator Robert Bob was the people’s choice to be president of the School Board. But with the election of Mayor Fenty, Robert Bob and School superintendent Clifford Janey were out and Chancellor Rhee was in. Yet she’s got the movie deal.

The Councilmember has had a long reputation for being a great administrator especially from his days at Covenant House, a private Catholic run non-profit. No heavy complaints about his ability as chair. The bulk of the Gray/Fenty contrast rests on Gray’s leadership style — demanding but collaborative. Gray was also head of DC’s Heath and Human Services. More praise has been said of Gray’s record in managing private social services than the public social services record (for political reasons no doubt). His other outstanding contrast is his age compared to the current Mayor. Yes, he could be the Mayor’s father – a fit father. Can’t say if this will be a generational decision. Both candidates claim the ages. But some speculate on the candidate’s willingness to set aside the experience factor for a vision for the city.

Administrations seem to rise and sink on what they inherit from the person who passes the baton in the political relay race. If nothing else, passions don’t seem to be flaring about the outcome of today’s primary, at least not yet. Fenty folk sometimes give the impression persons leaning Gray may be mentally challenged, old timers (style over substance); Gray folk sometimes tag Fenty leaners as snobbish, latte drinking aristocrats (I’m getting mine. Get yours).

Whatever the outcome, both candidates want to do right by the city, and both have some pluses and minuses for accomplishing that. I guess that’s why there’s been no real outright dog fight among the voters over this, unless it’s just a matter of where one focuses one’s attention.

Maybe we should all save our voting passions for the 2010 CURBSIDE COOKOFF October 6 and 7 at the site of the Old Convention Center on H Street in downtown DC. The event is presented by the DC Department of Consumer and Regulatory Affairs in partnership with the DC Commission on the Arts and Humanities, and Brightest Young Things. Voting begins tomorrow, September 15. I think the current Mayor may have some foodies on his side. However, good taste will rise to the top in the Curbside contest.

Wherever you are in the U.S. on this primary day, VOTE!