TWO SHORT FILMS
Thursday, August 12th, 5:30
Join us for a low-key Summer get together featuring classy conversation and digital art projects. Arriving after 6pm? Call or text James at 202-413-4983 to be let into the building. 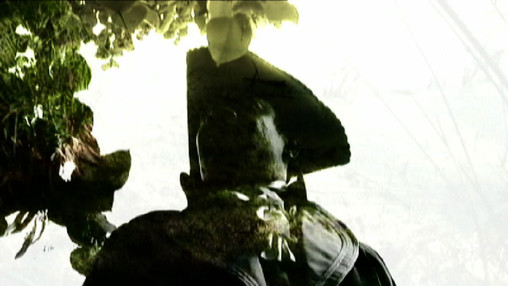 In the summer of 1781, James Armistead Lafayette was the sneakiest man in America, whose spying succeeded in liberating our insurgent forefathers from the British Empire. Spook™ is a multimedia installation based on Lafayette’s role as a double agent for America’s first Director of Central Intelligence, George Washington. Armstead has exhibited at the Whitney Museum, the Studio Museum, the Brooklyn Museum and the Bronx Museum. His works are in the Centre Pompidou and African American Museum, Dallas. Armstead has received grants from Pollock-Krasner Foundation, NYFA, NYSCA, Creative Capital and the Bronx Council on the Arts Digital Matrix Commission and been artist-in-residence at LMCC, Eyebeam and the Castle Tebesice, Prague.

BBC POEMS
Casey Smith & Bill McKenna
Visual-poetic constructions of the Covert City’s Mediapocalypse. Casey Smith started the new Master of Arts in the Art and the Book Program the Corcoran College of Art . He holds a PhD in English Literature from Indiana University. He is co-curator of an upcoming exhibition at the Corcoran, “The Victorian Avant Garde: Whistler, Godwin, and the Aesthetic Movement.” Bill McKenna is an artist, musician, and a producer/editor, at BBC America.