> Places > Chile – Picking up the pieces…Again. 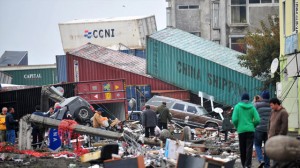