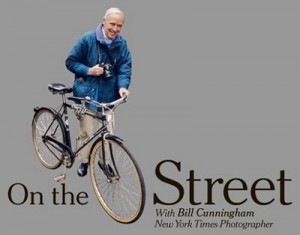 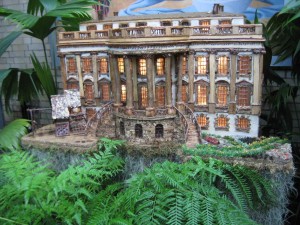 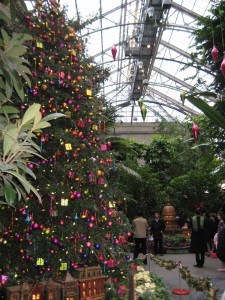 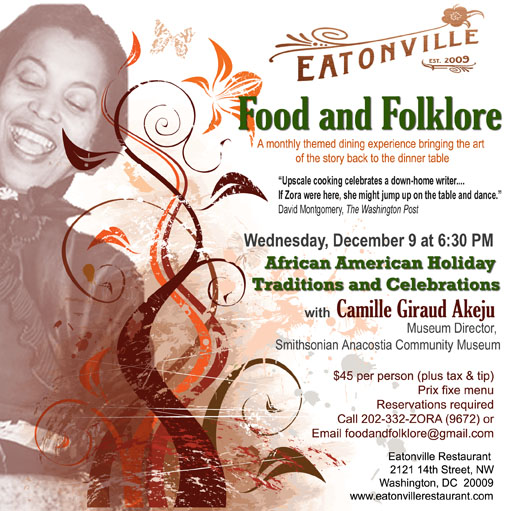 Back in the day, school teachers would assign a poem for their classes to memorize for the month. The poem was usually thematic to the month, if possible, connected with a holiday. Around the month of October, I reflect back to a poem my father learned in school. It’s so easy to remember. It’s also a menu. Though I have yet to accomplish in my kitchen what the Thanksgiving poem lays out as the “real Thanksgiving” deal, and have no idea who the original scribe of this poem was, it remains my connection to my father’s happier memories of his childhood in Virginia.

Turkey, oh a great big fellow.
Fruits all rich and ripe and mellow.
Everything that’s good to eat
More than I can now repeat.
That’s Thanksgiving.

I’m just going to post some links and quotes from the press etc. about the State Dinner. It was a tremendous success considering the dreary rain outside the White House and tent where the State dinner took place on the South Lawn. The President included a reference to the tent in his toast to the Indian Prime Minister Mamnohan Singh making the case for the tent as more than an alternate venue to accommodate more guests.

“…in India some of life’s treasured moments are celebrated under the cover of a beautiful tent.”

Apparently, there were two party crashers. Northern Virginia socialites Tareq and Michaele Salahi. I guess looking the part means showing up in a sari, being tall and blond, having an escort with some kind of name recognition, and then acting like you belong. What has society come to? Someone should throw the Emily Post at them. It’s been said, this is a first for the White House for this kind of event. Some Secret Service person must’ve gotten a dressing down if not a pink slip.

I’ve already had a kitchen disaster or two tonight, so I’m going to make this quick and clean up my mess. I’ll cry tomorrow at the carry out.

THE GUEST LIST – here. Nothing that would raise eyebrows. People have noted the large number of staffers. I thought there was an appropriate dash of celebrity types. Perhaps the political players have finally reached the “star” level they’ve envied Hollywood for over the years. Even the Washington Post is pulling the energy closer to home shutting down their LA, NY, and Chicago bureaus.

Managing Editor Marcus Brauchli wrote to staff – “At a time of limited resources and increased competitive pressure, it’s necessary to concentrate our journalistic firepower on our central mission of covering Washington and the news, trends and ideas that shape both the region and the country’s politics, policies and government.”

THE MENU
Two thumps up! Marcus Samelsson added okra and collard greens to the mix. Once I get over my Thanksgiving dilemma, I can take this all in with a happier spirit and look forward to seeing the recipes. The Food Editors at the Post have their own blog. Some interesting stuff, worth checking out.

The first lady, however, was the star of the show. She glittered in a strapless silver, embroidered gown by the Indian-born designer Naeem Khan. She wore her hair swept back and had piles of sparkling “churis,” traditional Indian bracelets, on her wrist. Her ensemble announced that no-holds-barred, Hollywood-style sexy glamour had arrived in Washington.
Robin Givhan and Roxanne Roberts for The Washington Post (November 26, 2009)

While the 1st anniversary of the attack on Mumbai is front page news (11/26), nevertheless some attention was given to the State dinner:
Earlier, as guests began sweeping in for the dinner on a bleak, damp evening, the invitees’ list reflected the growing success of Indian-Americans in the US, something both successive American and Indian leaders are never tired of observing and praising at their meetings. From the Indian presence in Hollywood (Director M.Night Shyamalan and his wife Bhavna; actor Kal Penn, now a White House official; and the Dreamworks trio of Steven Spielberg, Keffrey Katzenberg, and David Geffen all tied up with Reliance) to politics (Governor Bobby Jindal, San Francisco District Attorney Kamala Harris, state lawmakers Swati Dandekar, Satvir Choudhury, Raj Goyle and Jay Goyal), the happy karma of brown folk was on full display in the big tent. In fact, there were half dozen each of Guptas and Singhs, and at least three Shahs, in the guest list. 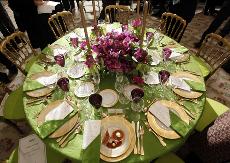 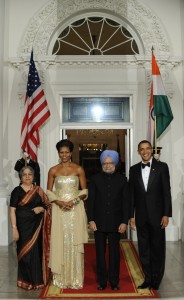