Good news for the Gross Domestic Product this week, but not good enough for jobs. Where did Recovery Act work? What more needs to be done?

ARTS AND HUMANITIES ENDOWMENTS GET INCREASES FOR FY 2010
The Arts and Humanities Endowments (NEA and NEH) received an increase of $12.5 million in their budgets from both houses of Congress this week bringing both agencies up to $167.5 each for 2010. The President signed the bill into law today.

Statement on Congressional approval of the budget by Rocco Landesman, chairman of the National Endowment for the Arts, can be read here.

Though I believe some last minute preparations were made, and even some review of the protocol for the transferring of remains, President Barack Obama made the midnight visit to Dover Delaware to honor the 18 fallen Americans who died in a helicopter crash in Afghanistan. This kind of visit was never made by former President George W. Bush whose administration launched the post 9-11 wars in Iraq and Afghanistan. In all fairness, President Bush made clandestine visits to wounded soldiers at the Walter Reed Medical facility not intended for the media’s consumption.

But here is a page out of the book of Lincoln. Unlike Lincoln’s appearance at the dedication of the Gettysburg cemetery during the Civil War, President Obama isn’t so much framing as claiming. There’s no nuance about it. At a time when some generals have suddenly decided they are specialists in nation building in addition to combat, it’s time the commander-in-chief makes the point, symbolically and otherwise, that he is at the top of the chain-of-command and ultimately assumes the responsibilty for decisions and outcomes. And regardless of what the critics say this President doesn’t shirk that responsibility. More than likely decisions have already been made in terms of strategy and regional stakeholders; committing troops is just another part of that process.

Generals David Petraeus and Stanley McChrystal have shared their views and recommendations willingly with the press as if they had their own publicists. Maybe they have visions of George Washington dancing in their heads. Colin Powell was described as the “good soldier” under two Bush presidencies. I don’t believe Powell submitted his letter to any news bureau when he resigned his cabinet post as Secretary of State.

I have to say, I enjoy working with veterans and military groups. I like the culture of accountability, responsibility, and most important, punctuality. I can see why people join the military because they like the culture and the discipline.

But civilian life can have those same qualities especially for those who understand the responsibilities of governing and being a leader. It is a good thing that the civilian President makes the trip to Dover when he’s about to make one of the most important decisions in his presidency. Whatever that decision is, Barack Obama isn’t afraid to own it. 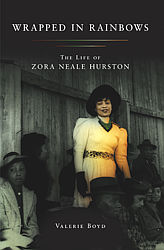 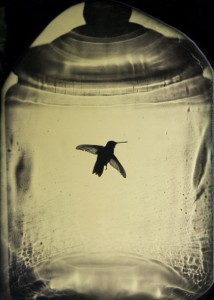 Give me that Ole Time Photography!
Phil Nesmith is an old school photographer. I mean ooooold old school – silver nitrate (heard that word lately?), glass plates (been antique shopping lately?), and no camera. Have you ever made a pinhole camera from an oatmeal box?

Well, what was considered experimental and wierd science in its 19th century day, is Phil’s way of making new art and Irvine Contemporary Gallery is featuring his work in an exhibit titled “Flight Patterns: New Photograms”

The show opens Friday, October 30 and lasts through December 12. The Irvine Contemporary Gallery is located at 1412 14th Street, NW in Washington, DC.

FOTOWEEK DC 2009
FOTOWEEK DC 2009 is coming up November 7 – 14. The organization and festival are only a year old, but have gained a lot of ground very fast. FOTOWEEK DC has programs and exhibitions going on year round, including the annual competition which is open to national and international photographers. Location for FOTOWEEK DC – the DC of course.

A “sneak peek” reception is happening at Neiman Marcus (Mazza Gallery – 5300 Wisconsin Ave., NW) on October 29 from 6-9. Lucian Perkins, Pulitzer Prize winning author of Runway Madness will give remarks. Price is $20 at the door.

The Official Launch will be in Georgetown at FOTOWEEK DC Central between 33rd and 34th Streets, NW. The cost is $15 in advance, $20 at the door.

Most exhibits and displays are free. Visit their website, www.fotoweekdc.org, for more information.

In a video PSA posted on the White House website, the First Lady shares what health care reform means for women and women with families. Fact is, women pay more for health care than men because they use it more. Women are often denied coverage for pre-existing conditions including operations (or those little procedures as we ladies call them), even pregnancy.

Each First Lady takes up a cause. Michelle’s has been health and well-being for Americans. That includes diet, exercise, preventive care and treatment.

Seeing Michelle Obama in various venues encouraging, enlightening, and cheer leading for health care (something she’s done in her capacity in her former civilian life), I can’t help but think she can follow the example of the last Democratic First Lady, Hillary Clinton. After Barack serves out his term(s), there’s no reason why it can’t be Michelle’s turn. What will that look like? Congress or Senate seat? Perhaps the Illinois Senate seat that her husband held. I see a little Barbara Jordan determination and groundedness in Michelle and even Hillary Clinton spunk. I’m just guessing or maybe even putting it out there. I have no facts to back it up. When all is said and done she may be ready to leave Washington all together.

Shortly after the election, I was getting my cell phone upgraded. The sales person who was also a father told me he how Michelle was a role model for his daughter – “you don’t have to dumb down to attract the eye of a future President”; and for the fellas “a confident, intelligent black woman can be an asset.” But from recent reports on African American women, dating and marriage patterns, Michelle represents the exception, though many still believe she will be a boost.

Some bloggers are following Michelle’s every move like Michelle Obama Watch. Some admirers are also trying to track a rivalry between her and other popular first ladies around the globe.

Though Michelle Obama has delighted the fashion industry with her penchant for fashion, the last thing she probably needs is to be packaged as First Lady Black Barbie. “First Mom” was her self-appointed title. And even in 21st century America, “Mom” is still the safest, less threatening, and politically prudent title an intelligent, confident woman can claim for herslef especially when she is the partner to the most powerful man in the country.

Michelle doesn’t take the “First Mom” title lightly. Believe it or not, despite information highways, social networks, self help gurus and 100+ channels, there’s a generation of adults who still don’t know the basics about childcare and self care. She offers them more than just a “tsk tsk.”

You don’t really get elected to be First Lady, and it’s not a salaried job. But great responsibilities still come with the title. For now, it’s Michelle’s turn to define the role and from day one she’s turned things around in a new and exciting direction.