> People > Women > International Women’s Day: One Woman at a Time 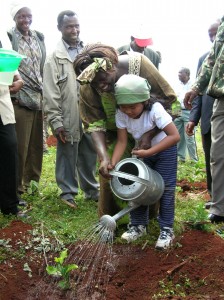