> Politics > The Transition Has Ended. The Governing Begins.

The change.gov website has now taken up residence at the whitehouse.gov address redecorated and renovated with those “Yes We Can” flourishes.

The Eclectique Citizen needs to do some transitioning as well from the campaign information on the citizen page, to some citizen tools for staying informed and involved. A good place to start is to get cozy with the Constitution (Note for Chief Justice Roberts).
USAService.org is still up and running. This was the hub for the Day Of Service call on the MLK Jr. Holiday on January 19. Expect more from the service site.

I was not one of the lucky ones to get a ticket to watch the inauguration ceremonies at the foot of the capitol. Which means I was not one of the unlucky ticket holders who got stuck in the 3rd Street tunnel leading to the Blue and Purple zones of the National Mall. Apparently, they underestimated the numbers. A public apology was issued today by the Joint Congressional Committee on Inaugural Ceremonies. Change means accountability. Based on some eye-witness and experiential accounts, it wasn’t pretty down there. But on the upside, there was not a single arrest during the inaugural event.

Robin Givhan, fashion and culture correspondent for the Washington Post shares her impressions of Michelle Obama’s inaugural day and night attire, and the [now] hot new designers who put it together: Isabel Toledo (day wear) and Jason Wu (gown). Expect a new fashion honor guard emerging with this First Lady. Risks will be taken. 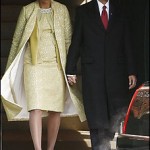 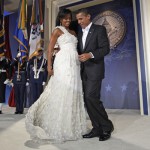 About the poem. Read Ethelbert Miller’s blog post (1/21/09) which starts like this:
Everyone has a comment on Elizabeth Alexander’s poem today. Many have comments about her “performance” or lack of. I found everyone comparing her words to Whitman, Frost and Angelou. However, one name that was not mentioned was Gil Scott-Heron.

Speaking of jobs, what did President Obama do on his first official day in Oval Office? The New York Times has the schedule. One of the items on the President’s “to-do” list was a “do-over” of the oath of office with Chief Justice John G. Roberts, Jr. this evening. Chris Wallace of Fox News speculated on the air that President Obama wasn’t really President because the oath wasn’t administered correctly. Here’s another case of someone who hasn’t read the Constitution – a President-elect becomes President at 12 noon on the day of inauguration with or without taking the oath of office.